Should you renew your passport before or after Brexit? 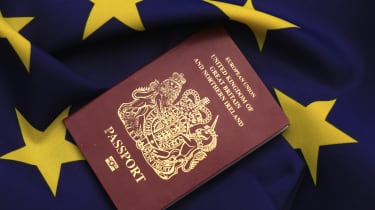 British citizens planning holidays are facing a dilemma as the Brexit clock ticks down - should they renew their passports before or after Brexit?

The Government’s online passport application website crashed yesterday after Which? warned that Brits needed to get their applications in by the weekend to guarantee their forms would be processed before “Brexit day”.

The consumer group says up to 3.5 million UK citizens could be denied entry to EU member states because of changes to Britain’s status from 29 March.

It all depends on whether Theresa May is able to secure a withdrawal agreement before the deadline. If a deal is struck with Brussels, the UK will enter a transition period, meaning that British people will be able to continue travelling to the EU under current rules until December 2020.

However, if the UK leaves without a deal, it instantly becomes a “third country” in the eyes of EU member states, and subject to the same travel restrictions as other non-EU countries.

One of these rules is that visitors to the Schengen Zone from non-EU countries must have at least six months’ validity remaining on their passport on their day of travel.

This stipulation would not only affect Brits with less than six months left on their passport but also some with up to 15 months left.

“Until recently, UK citizens who renewed their passport before it expired could have up to nine months of the remaining validity added to their new travel document,” says Sky News.

However, the Government says that Schengen Zone countries will no longer recognise carried-over time in the event of a no-deal Brexit.

“This would mean some people with up to 15 months left on their passport could be denied entry to many popular destinations on the Continent,” says the news website.

Travel from the UK to the Republic of Ireland will not be affected, whatever the outcome of Brexit, as this is “governed by a Common Travel Area agreement that transcends EU law”, says The Independent.

The Government has launched an online tool that helps Brits find out whether their passport would be accepted for travel into the Schengen Zone in a no-deal Brexit scenario.

If you’ve decided it's time to renew, check out our comprehensive guide to applying for a new passport.

And what if you’re holding out for one of those much-touted blue passports?

The Post Office says the new-look travel documents will be issued starting in autumn. In the meantime, from 30 March new passports will keep their familiar burgundy colour, but will no longer include the words “European Union” on the cover.