Why are Hollywood writers firing their agents?

Hollywood screenwriters have fired their agents en masse, in an unprecedented move that could have wide-ranging consequences for the multi-billion dollar entertainment industry.

On Friday, the Writers Guild of America (WGA), which represents most major screenwriters, instructed members to sever their ties with LA's biggest talent agencies due to a contract dispute.

“Hollywood’s biggest labour battle in a decade is officially underway” says Brian Stelter for CNN Business and “the issue, as is usually the case, is money”.

The main bone of contention concerns packaging fees – lucrative payments that agencies receive for putting together multiple clients, for example a writer and a director and an actor, as a “package” for a TV studio.

Vanity Fair says the writers' guild “has aggressively pushed for a new 'code of conduct' that would prevent agents from entering into packaging and production deals — essentially reverting to a system of commission that incentivises the agents to make better deals for writers, not themselves”.

“Our agents work for us. Every dollar they make must be generated as a percentage of the money we make. That is what it means to be our representatives and our fiduciaries. Agency-based studios and packaging fees make a mockery of that and are in violation of the agencies’ ethical and legal obligations to writers” the WGA wrote to its members.

Bloomberg says “Hollywood agents have represented writers since the early days of Hollywood, finding projects, negotiating contracts and consoling clients who are down on their luck” but they “have increasingly entered the film and TV businesses as producers, and writers contend that such a dual-hat arrangement represents a conflict of interest” reports NPR.

“The sudden end to negotiations upended a way of doing business that had been in place for more than four decades” says the New York Times, and has “made for an unusual labour battle”.

“The writers’ unions, which went on strike in 2007 and nearly did so again two years ago, have traditionally had disputes with their bosses at the big studios. This time, they have directed their fury with the people who have served as their advocates and friends” says the paper.

“The guild has 15,000 members, so the action could have sweeping consequences” writes Stelter. “This mass firing of agents has never happened before, so no one quite knows what’s going to happen or how long it’s going to last.”

My agent of 20+ years is a great friend and fighter for my career. I would give him a kidney tomorrow. But this isn’t about him or any single agent. Until agencies put #ClientsOverConflicts we can’t work together. Simple as that. #IStandWithTheWGA

Vanity Fair reports “as of now, writers and showrunners with existing deals will continue working unimpeded, though many writers will need new agents for future projects”.

However, memories of the 2007 writers’ strike, which effectively brought Hollywood to a standstill for months, is still fresh in the minds of many studio executives, and could prove a powerful bargaining weapon for disgruntled writers to get a better deal from agents. 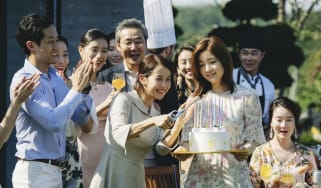 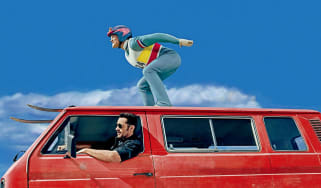