Why has employment fallen at fastest rate in four years?

Experts blame store closures and slowing economy for the drop 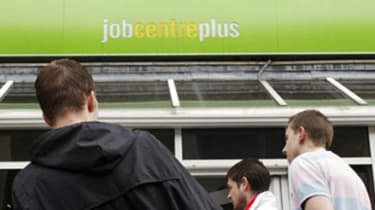 Analysts have blamed the slowing economy and shop closures as employment in the UK fell at its fastest rate in four years.

The Office for National Statistics said employment had fallen by 58,000 during the third quarter of 2019 - the biggest drop since May 2015.

The ONS said the declining number of people working in retail after high-profile collapses and high street store closures had been a significant contributor to the employment slump.

Chains including LK Bennett and Karen Millen have gone into administration this year, and other retailers, including Topshop owner Arcadia, “have been forced to seek legal agreements with their landlords to shut stores and slash their rent bills to avoid folding”, Sky News says.

Chris Williamson, chief economist at IHS/Markit, told The Guardian that the new data is “a warning of how the growing economic malaise is feeding through to the labour market”.

UK wage growth has also slowed down in the three months to September, according to the latest figures from the ONS.

Total pay continued to outstrip inflation, but the rate of growth slowed to 3.6% from the 3.8% growth in October. Analysts said the average weekly pay, in real terms before tax, for people in the UK was £470 per week.

The Independent says that further pay rises are likely to be constrained by the UK’s “lacklustre productivity growth”.

It is also thought that the latest data makes an interest rates cut more likely. Reuters says that falls in the number of people in work, vacancies and the pace of wage growth added to signs of slowdown that “prompted two Bank of England officials to vote for an interest rate cut last week”.