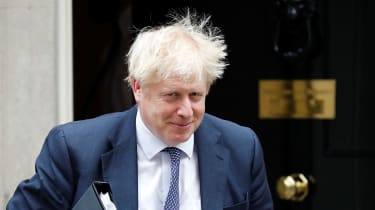 With just two-and-a-half weeks to go until the 12 December general election, the opposing political parties are going all out to convince voters that they offer the best hope of preventing Brexit chaos and the disintegration of public services.

The Labour Party has vowed to “put bad landlords out of business” with a series of renting reforms and controls. A Labour government would introduce a German-style leasing model, with open-ended leases and capped rent increases.

In the opposite corner, Boris Johnson yet again promised to “get Brexit done” as he launched the Tory manifesto on Sunday. The prime minister also pledged to “forge a new society” and to hire 50,000 more nurses if his government is re-elected. But according to BBC, 18,500 of these nurses would be existing staff who would be encouraged to stay in the profession, while 12,500 would be hired from abroad.

Meanwhile, Liberal Democrat leader Jo Swinson has admitted that the Tories are “on course” to win the election, and has apologised for her own party’s record in coalition government. Swinson said she was “really sorry we did not win more battles” in Whitehall during the Lib Dem’s five years in power from 2010.

The first poll projection predicts a 48-seat Tory majority, giving Johnson a boost on current numbers to 349 MPs. Analysis by public opinion firm Datapraxis indicates that Labour will lose 30 seats and end up with just 213 MPs.

The deadline to register to vote is tomorrow, 26 November, at 11.59pm, or 5pm if seeking a postal vote.