Jeremy Clarkson has revealed he now believes in climate change following a moment of “epiphany” while filming his motoring show in Cambodia.

The former sceptic says he and his The Grand Tour co-stars were confronted by a “graphic demonstration” of global warming as they tried navigate the Mekong river system during a 500-mile boat race from Siem Reap to Vietnam - only to discover that the river had been reduced to a “puddle”.

Clarkson told The Sunday Times that his group’s jet boats were left stranded in “knee-deep” water in Cambodia’s Tonle Sap lake, “so we had two days of absolute frustration - being towed and grounding”.

Describing his “genuinely alarming” experience, the former Top Gear presenter continued: “The irony is not lost on me. A man who hosted a car programme for 30 years, limited to 7mph by global warming.”

Clarkson has been targeted by environmental campaigners on multiple occasions in the past over his views on climate change. In 2005, he admitted that “the world is warming up” but claimed it “isn’t even worthy of a shrug”, The Independent reports.

He has also drawn criticism for his comments on 16-year-old Swedish climate activist Greta Thunberg, whom he recently called a “spoilt brat” in his column for The Sun.

Despite his U-turn on climate change, Clarkson took another shot at Thunberg during his Sunday Times interview, saying that he doesn’t “blame mankind for” the crisis before adding: “We’ll let Greta do that.”

Such digs aside, Clarkson’s global warming awakening is just “the latest leg in the petrolhead’s eco journey”, says the Daily Star. He has also claimed to be carbon-neutral thanks to crops and hedgerows planted on his 1,000-acre Oxfordshire farm, and earlier this year took part in a beach clean-up in Vietnam. 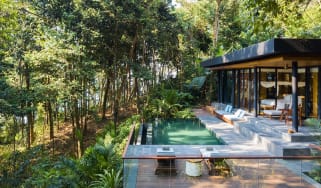