by The Week team
Gopichand and Srichand Hinduja

A new study has found that the UK’s six richest people control as much wealth as the poorest 13 million.

The Equality Trust says six billionaires at the top of the UK wealth league have a combined fortune of £39.4bn - roughly equal to the assets of 13.2 million Britons. The Guardian says this shows the “gaping inequality in British society”.

The top six is headed by brothers Gopichand and Srichand Hinduja, who boast a fortune of £12.8bn from their conglomerate of oil, car making and banks. Sir Jim Ratcliffe, boss of the chemicals company Ineos, comes in next with £9.2bn.

The top six is completed by hedge fund manager Michael Platt, with an estimated £6.1bn and property developer brothers David and Simon Reuben, whose net worth is estimated at £5.7bn each.

“This report should shock anyone who cares about the state of the UK today,” said Dr Wanda Wyporska, the executive director of the Equality Trust.

“Such a huge gap between the very rich and the vast majority of the country is dangerous. Such extreme wealth in the hands of so few people demonstrates just how broken the economic system is.”

Wyporska described the UK’s “extreme inequality” as “the story of Ferraris and food banks,” adding that: “the UK’s economy delivers billions for a few and poverty for millions. Destitution is the sad reality for millions this Christmas.”

The Independent says average wealth per person in the UK has risen every year since 2008 and is now 41% above its 2007 level, “but the spoils have not been divided evenly” because “welfare cuts and tax changes since the Conservative-led coalition came to power in 2010 have hurt the poorest the most”.

Last week, the Resolution Foundation warned that child poverty will soar to its highest since the aftermath of the Second World War if the Conservatives win the general election, because the party’s manifesto retains existing benefit cuts. 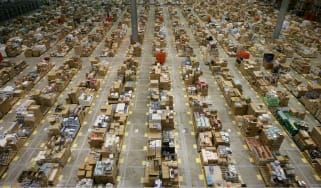 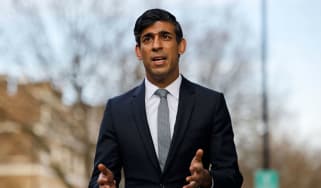