David Attenborough has warned that “the moment of crisis has come” in efforts to tackle climate change, as it was revealed that 2019 was the second hottest on record for the planet’s surface.

The broadcaster told the BBC that “we have been putting things off for year after year”, adding: “As I speak, south east Australia is on fire. Why? Because the temperatures of the Earth are increasing.”

He also argued that it was “palpable nonsense” for some politicians and commentators to suggest that the Australian fires were nothing to do with the world becoming warmer.

Speaking of efforts to address this, he said: “We have to realise that this is not playing games. This is not just having a nice little debate, arguments and then coming away with a compromise.

“This is an urgent problem that has to be solved and, what’s more, we know how to do it - that’s the paradoxical thing, that we’re refusing to take steps that we know have to be taken.”

Attenborough’s comments came in a BBC News interview to launch a year of special coverage on the subject of climate change, Our Planet Matters.

His warning comes as scientists say the past five years and the past decade were also the hottest in 150 years. Speaking to The Guardian, they describe the news as “dire”.

“The last decade was easily the warmest decade in the record and is the first decade more than 1C above late 19th-century temperatures,” said Gavin Schmidt, of Nasa’s Goddard Institute for Space Studies. “What is important is the totality of evidence from multiple independent data sets that the Earth is warming, that human activity is driving it and the impacts are clearly being felt.”

“Unfortunately, we expect to see much extreme weather throughout 2020 and the coming decades, fuelled by record levels of heat-trapping greenhouse gases in the atmosphere,” he said. 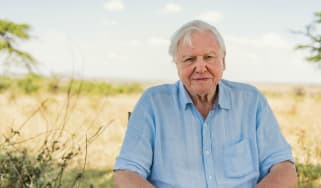