As a Marriott Bonvoy member, you can see (and taste) how Michelin-starred chefs create their magic 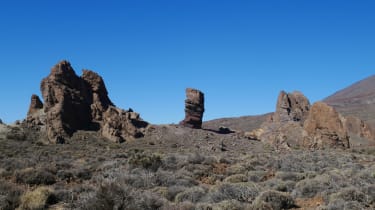 When it’s grey in Europe, people aren’t flocking to Tenerife for its culinary scene. It’s the island’s climate, beaches and bars that draw tourists here. However, this week I’m here to eat. It’s the first week of winter when I arrive, and England is officially wet and windy. Stepping off the plane and into sunshine feels like that four-hour flight has transported me somewhere much further away.

Surrounded by banana trees, mountains and the sea, the Ritz-Carlton Abama is a stunning resort. It is positioned atop a cliff looking out over to La Gomera, and this is one of the most incredible views on the island. The hot-pink paint that covers all of the Moorish-style buildings reminds you that Morocco is not far either.

After checking in to my room, which overlooks one of the six pools here, I head to the hotel’s El Mirador restaurant to have my first taste of Canarian produce. As with any island, seafood is a must, and as the freshly grilled squid arrives with a salad of local avocado and a side of the island’s special wrinkled potatoes (rolled in squid ink to make them black), I see why Tenerife could soon be one of the top food trips in Europe. Although these potatoes might be some of the best I’ve eaten, I’m in Tenerife to learn how to cook things that are a little more complicated. 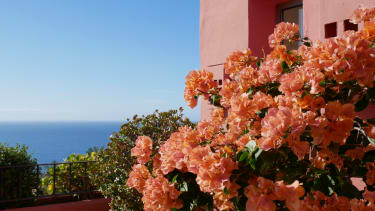 Among the hotel’s pink walls and pools is the kitchen of one of the world’s most decorated Michelin-starred chefs, Martín Berasategui, who has been awarded 12 stars over his career. I’ll be stepping into his kitchen to see how he makes his signature dishes before sitting down to a special tasting menu in the M.B restaurant here in the Ritz-Carlton Abama. This isn’t just a perk of the job, though; any Marriott Bonvoy member can experience this too.

This new loyalty programme from Marriott International is changing the way guest rewards work. As a Marriott Bonvoy member, you can earn points through all 30 of its hotel brands and then redeem these points for experiences. They’re all amazing but it’s the culinary category that catches my eye. Events with some of the word’s top restaurants are curated globally with chefs such as Joy Bauer and Thomas Keller and also includes tonight’s masterclass and meal with Martín Berasategui here in Tenerife.

Going behind the scenes to cook in a Michelin-starred kitchen is something few people get to do. The theatre of fine dining is such a mystery and so to see how these perfect plates are created is something very special. It’s quiet in the sleek steel kitchen as we begin and even though the start of service is just a few hours away, chefs shuffle about baking bread and doing their prep for the evening’s fully-booked restaurant with a sense of calm. 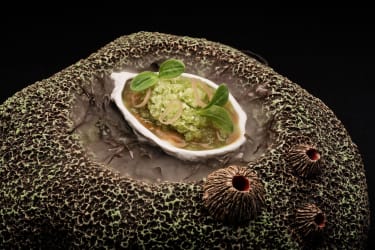 The first dish we are taught is a caramelised mille-feuille with smoked eel, foie gras, spring onion and green apple. Chef Berasategui says “this is now one of my signature dishes” as he smiles and starts the assembly of each ingredient. Intricate almost translucent layers of foie gras, apple and eel are stacked before a fine brown sugar creates a caramelised shell over the top. When it arrives in front of me at dinner later that evening it tastes even better knowing what work has gone into creating it.

As he lifts each layer he keeps saying “see, it’s simple”, with a grin that acknowledges that he knows none of us will ever be attempting this in our own kitchens. What I do take away from this, though, is the knife skills of the dish, a swift movement of his wrist offers complete control over each slice of apple. And even with an industrial-sized blowtorch just a few inches from his face, he doesn’t even begin to sweat.

Getting ready for dinner that night after having seen glimpses of the menu, I am so eager to eat. We walk in at seven o’clock and stay till 11 as the courses just keep coming. The special Marriott Bonvoy menu that we enjoyed is available only to guests who book this experience so it feels amazing to get to try things not often served here. As we start with crunchy Andalusian crepes, mussels poached in citrus-scented galangal milk, and frozen melon and vermouth, I pause to have an intensely emotional moment with one of Berasategui’s creations.

On the menu, it reads “passion fruit whiskey sour” but really there are no words to capture what it actually tastes like. It skims past your tongue like something out a fairy-tale: hot then cold then sweet and sour all in a matter of a millisecond as you sip. I see all 12 of his Michelin stars at the end of that drink and it reminds me why this type of dining is so sacred.

At this point, we were only on the third of the 23 courses so I knew we were in for a treat. Sculpted butter plates hand-made on the island holding perfect pats of whipped goat’s milk butter arrive for the bread. Then there is a carbonara-like dish made with calamari instead of pasta. Then spheres of mimetic olives burst over tiny raw-soldier shrimp and segments of super-sweet local oranges. Each one of the 23 dishes is exquisite, intricate and executed with exceptional skills from the team in the kitchen. 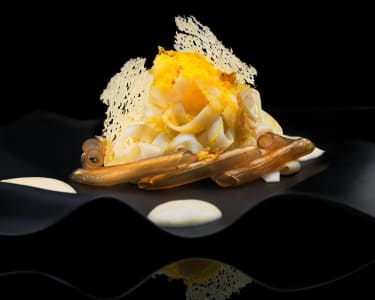 When I get back to my room it’s all a bit of a blur as I try to write notes on each course. Then I remember that each dish was paired with wines from the island. The high-acid soil in the volcanic north of the island produces extraordinary wine from the vineyards near Mount Teide. We drink a superb Envinate Palo Blanco made from grapes from 100-year-old Listan Blanco vines. It has notes of smoke and salt from the volcanic sand and surrounding sea air. I take a photo of the bottle knowing I’ll be wanting more of this soon.

Just before my flight home I go for a swim, first in the sea at the resort’s private beach, then in one of the many pools. Afterwards I try to fill my lungs with the warm air as I know London is waiting for me. I sneak in one last meal with my suitcase at my feet. I order the same things I had on my first day here – the butter-soft grilled squid and those perfect potatoes.

Tenerife has surprised and delighted me in more ways than I expected. I’m already thinking about coming next February when I know I’ll be worn out by an English winter. Thinking about my to-do list between now and then, I order a portion of potatoes to take on the plane with me, a little something to make the journey back sweeter. These souvenirs won’t make it all the way home but that’s OK. The taste of Tenerife is hard to forget. 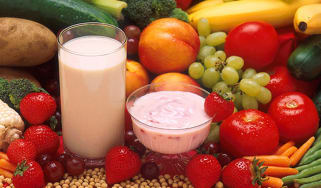 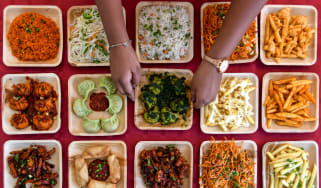