What’s on this weekend? From Killing Eve to Sergio

Your guide to what’s worth seeing and reading this weekend

by The Week Staff
Killing Eve

The Week’s best film, TV, book and live show on this weekend, with excerpts from the top reviews.

“The Eve is dead; long live the Eve! That might as well be the rallying cry for Killing Eve, the Emmy-winning, genre-defying series that, two seasons in a row now, has ended with a near-murder and woken up with a new showrunner. But maybe that’s fitting for a show that’s about chameleons, destruction, and reinvention — and burning down what no longer serves you just for the pleasure of watching the flames dance. The third season of Killing Eve comes at a moment in history when we could all use a little (or hell, a lot of) escapism. And what high-test escapism it is, into a world of globetrotting assassinations, fabulous outfits, and flirtations with the moral abyss.”

John DeFore for The Hollywood Reporter

“Greg Barker's Sergio is one of those rare films in which a genuine concern for geopolitics coexists perfectly well with romance and old-fashioned moviegoing pleasures. This portrait of influential U.N. diplomat Sergio Vieira de Mello benefits immensely from two magnetic leads, Wagner Moura and Ana de Armas, whose onscreen chemistry is undeniable; but its deft sense of structure is of equal importance, making it an engrossing picture even for those who know next to nothing about its subject or settings.”

Available on Netflix from 17 April

Holly Williams in The Guardian

“Exciting Times is a fun, snappy read – ordinarily, I’d say its short chapters could be torn through on your commute, but it’ll brighten lockdown too. Exciting Times is very funny in its cool observation and the way it takes us inside Ava’s spirals of overthinking. Dolan’s writing is extremely sharp – both cutting and tart – but there are places where it feels overly cynical. Ava eventually comes to recognise that her cynicism is the protective garb of youth, but it is something the book also struggles to shrug off…It all adds up to a bracing, refreshing first novel, with hints of greater things to come.”

STAGE: The Phantom of the Opera

Alex Wood for What’s on Stage

“The 25th-anniversary concert production, filmed at the Royal Albert Hall in 2011 features Ramin Karimloo as the Phantom and Sierra Boggess as Christine. The show is the third in a new series of Lloyd Webber's works that are being streamed for free online while a lockdown of UK households continues, which has seen theatres closed up and down the country. You can tune in here on Friday for more. The epic 2011 production, inspired by Hal Prince and Gillian Lynne's original staging and directed by Laurence Connor, featured a cast and orchestra of over 200, plus some special guest appearances.” 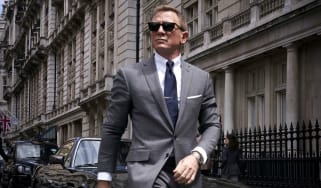