Justin Bieber has been forced to deny sexual assault allegations after two Twitter users claimed the singer raped them in separate assaults.

A post detailing an alleged assault in Texas in 2014 has now been deleted, but the Canadian singer is threatening to take legal action over the claims. Bieber has not responded to a second allegation about an alleged incident in a New York hotel in 2015.

What are the allegations?

The first set of claims came from the Twitter account of a woman identified only as Danielle that since appears to have been deleted.

The woman claimed that after a surprise performance in front of a small crowd at a bar, Bieber invited her and two friends to a Four Seasons hotel in Austin, reports the BBC.

Bieber then took her to a private room where the sexual assault happened, she wrote.

The alleged victim said she was 21 at the time and kept the alleged assault secret for years, but had decided to go public after having “multiple therapy sessions” and spoken to close friends and family.

A second person known as Kadi later made a separate allegation that she was assaulted by Bieber in a New York hotel in May 2015.

In a detailed account of the alleged assault on Twitter, she claimed to have spoken out previously in light of the #MeToo movement, but said abuse from Bieber’s fans had caused her to retract her claims.

How has Bieber responded?

The singer has responded to the first allegation with a series of strong denials, and threats of legal action, reports Sky News.

In a tweet on Monday morning, Bieber insisted there was “no truth” to the allegations.

“In the past 24 hours a new Twitter appeared that told a story of myself involved with sexual abuse on March 9, 2014 in Austin Texas at the Four seasons hotel. I want to be clear. There is no truth to this story.

“In fact as I will soon show I was never present at that location,” wrote the star, has been married to model Hailey Baldwin for the last two years.

“I don’t normally address things as I have dealt with random accusations my entire career but after talking with my wife and team I have decided to speak up on an issue tonight,” he added.

“Rumors are rumors but sexual abuse is something I don't take lightly. I wanted to speak out right away but out of respect to so many victims who deal with these issues daily I wanted to make sure I gathered the facts before I made any statement.”

Bieber went on to post screenshots and articles from the night of the alleged 2014 assault that show him with his then-girlfriend Selena Gomez.

He also said they did not stay at the Four Seasons hotel, but at an AirBnB with some friends, and has posted screenshots of emails and receipts for the venue for the dates in question.

These photos clearly show me on stage with my assistant sidestage and the other with both of us in the streets of Austin afterwards on March 9 2014 pic.twitter.com/WlC6KAvJOZ

In the final post in the stream of tweets, Bieber says he will be taking further action: “Every claim of sexual abuse should be taken very seriously and this is why my response was needed. However this story is factually impossible and that is why I will be working with Twitter and authorities to take legal action.”

He has not yet responded to the second set of allegations. 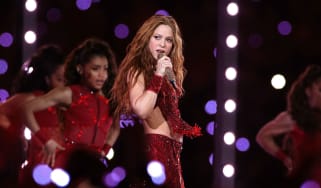