What is capital gains tax and why is it being reviewed?

Rishi Sunak has launched a tax review that could leave Britain’s wealthiest citizens out of pocket as the government scrambles to keep the economy afloat during the coronavirus crisis.

Tory MPs were reportedly caught off guard by the chancellor’s decision to order a wide-ranging examination of the capital gains tax (CGT), which “reaps billions of pounds for the Exchequer each year”, The Guardian says.

What is capital gains tax?

CGT is the main tax “levied on the profit made when an asset that has increased in value is sold”, the Financial Times explains.

This tax is payable on investments held outside a tax wrapper such as an Isa; property in the UK that is not the owner’s main home; overseas property, property that is inherited; some businesses; and valuable personal possessions (such as jewellery, antiques, paintings, stamps and coins) that are sold for more than £6,000.

As The Independent notes, that “there have long been protests that wealthy households exploit tax avoidance to pay too little for the sale of second homes, works of art and stocks and shares”.

Why is it being reviewed?

Public spending on the coronavirus response has reached nearly £190bn, according to latest Treasury figures, leaving the chancellor with what The Independent describes as a “budget black hole”.

Sunak’s request for the CGT review came after an Office for Budget Responsibility (OBR) report “highlighted how the growing deficit in government spending was likely to exceed £350bn this year”, says The Guardian.

The OBR warned that the government “would come under pressure to fill the shortfall with tax rises or spending cuts to bring the government finances back into balance”, the newspaper adds.

In a letter to the Office for Tax Simplification outlining the parameters of the review, Sunak said that he “would be interested in any proposals from the OTS on the regime of allowances, exemptions, reliefs and the treatment of losses within CGT, and the interactions of how gains are taxed compared to other types of income”.

Tom Selby, a senior analyst at financial adviser AJ Bell, warns that “with UK borrowing set to hit its highest level in peacetime history, Sunak’s request for a review of CGT feels like the starting pistol for a tax grab ahead of the Autumn Budget”.

Tory MPs are expected to push back against any tax rises for wealthy families, “arguing it is punishing success”, The Independent reports. 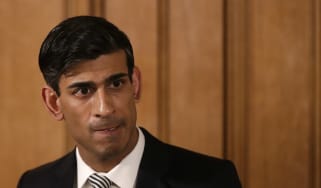