‘Lock him up?’: everything Steve Bannon has been doing since leaving the White House

Steve Bannon, the former adviser to Donald Trump, has been arrested and charged with fraud over his role in a fundraising campaign to build a wall on the US-Mexico border.

Bannon is one of four people charged by the US Department of Justice (DOJ) with defrauding “hundreds of thousands of donors” who gave money to the $25m (£19m) “We Build the Wall” campaign, the BBC says.

The former Breitbart executive was arrested on Thursday morning on a yacht off the Connecticut coast and brought to a New York City court. He has pleaded not guilty to the charges, calling the allegations “false” and claiming the “entire fiasco is to stop people who want to build the wall.”

What has Bannon been charged with?

The stated aim of the “We Build the Wall” fundraiser was to fund the construction of a wall on the US-Mexico border in order to keep illegal immigrants from entering the US, a central election pledge touted by Trump.

According to the indictment, Bannon, US military veteran Brian Kolfage and anti-immigration activists Andrew Badolato and Timothy Shea ran the campaign with the “repeated promise that 100%” of the donations would go to delivering the mission”, The Telegraph reports.

But the paper says prosecutors believe Bannon himself received “more than a million dollars” through the scheme, “some of which was used to cover hundreds of thousands of dollars in personal expenses”.

Kolfage has been charged with taking more than $350,000 (£267,000) from the fund, with the charge sheet claiming the group concealed the embezzlement using “fake invoices and sham vendor arrangements”. All four deny the charges.

Trump has “contradicted himself even as he seeks to distance himself” from the allegations, The Guardian says.

Asked about Bannon’s arrest by journalists, the president said he didn’t “know anything about the project at all”, adding that he “didn’t like that project” because he thought it was “being done for showboating reasons”.

What has Bannon been doing since leaving the White House?

Bannon rose to fame as an adviser on Trump’s 2016 election campaign and is considered by many to be the architect of the improbable victory.

Known for his ultra-conservative views, his appointment as Trump’s chief strategist after the election “sparked alarm among former officials who described it as an unprecedented politicisation of decisions that could mean the difference between peace and war”, The Guardian reported at the time.

However, following Trump’s alleged displeasure with Bannon’s media profile and clashes with other administration officials, Bannon was dismissed from his inner circle just seven months later.

Bannon responded with a campaign to boost fringe Republican candidates in contests against establishment Republican senators. Most notably, he backed the unsuccessful campaign of highly conservative ex-judge Roy Moore in his bid for the Alabama senate seat following the resignation of Republican Jeff Sessions.

Further controversy followed in 2018, when journalist Michael Wolff liberally quoted the former aide in his book Fire and Fury: Inside the Trump White House.

He reportedy claimed that Trump’s daughter Ivanka is “dumb as a brick” and predicted that her husband, Jared Kushner, would be embroiled in a money-laundering scheme in the future.

In response, Trump claimed Bannon had “lost his mind”. He was forced to step down from his role at Breitbart, the far-right news website, after the site’s ownership reportedly grew wary of his feud with Trump.

Later the same year, Bannon joined forces with Belgian right-wing politician Mischael Modrikamen and his populist campaign dubbed “The Movement”, which attempts to offer “populist political parties across Europe US know-how in polling, messaging and ‘war-room’ strategy”, The Independent says.

The plan fell through, however, after an investigation by The Guardian found that it violated electoral law aimed at preventing foreign interference in most European countries.

In 2018, it was reported that Bannon was expanding his influence within the administration of far-right populist Brazilian President Jair Bolsonaro. However, Bolsonaro later denied that his campaign had ties with the former White House strategist, contradicting his son, who had also been pictured with Bannon. 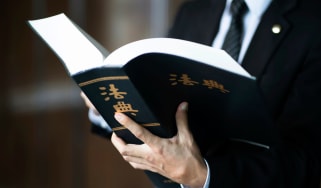