Donald Trump has been accused of disparaging US soldiers killed in combat as “losers” and “suckers” during a visit to a military cemetery.

At least four sources have told The Atlantic that the president made the comments prior to a scheduled First World War memorial event at the Aisne-Marne American Cemetery, near Paris, in November 2018. Trump cancelled the appearance at the last minute, blaming “bad weather”.

However, insiders told the US magazine that he decided to pull out after asking his entourage: “Why should I go to that cemetery? It’s filled with losers.”

In a separate conversation during the trip to France, Trump is also alleged to have said that US marines who lost their lives at the Battle of Belleau Wood - a key Allied victory in the War - were “suckers” for getting killed.

The Associated Press news agency reports that “a senior Defence Department official with first-hand knowledge of events and a senior US Marine Corps officer who was told about Trump’s comments confirmed some of the remarks”.

And the US leader is alleged to have made similar comments back on US soil.

“Trump has been, for the duration of his presidency, fixated on staging military parades, but only of a certain sort,” says The Atlantic.

During a 2018 White House planning meeting for such an event, he reportedly asked his aides not to include amputee veterans in the procession, arguing that “nobody wants to see that”.

Trump has dismissed the reports as “totally false”. Calling The Atlantic a “terrible magazine” in a denial to reporters in Washington, he asked: “What animal would say such a thing?”

True or not, the allegations are the latest in a string of rows relating to Trump’s alleged comments on military matters.

As The Independent reports, he “ran into trouble over a 2017 call of condolence he made to Myeshia Johnson”, whose husband Sergeant La David Johnson was killed in Niger by Islamic militants. The newly widowed woman said that the president “could not remember her husband’s name” and told her “he knew what he signed up for”.

Two years earlier, Trump had sparked anger by saying that Arizona senator and former prisoner of war John McCain was “not a war hero”, adding: “He’s a war hero because he was captured. I like people who weren’t captured.”

According to The Atlantic, when McCain died, in August 2018, Trump told his senior staff: “We’re not going to support that loser’s funeral.”

How the First World War began 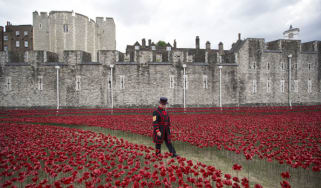 How the First World War began