Inside The Singer Suite at Chelsea Barracks: luxury design inspired by a Porsche icon

Norbert Singer is regarded as a legend in the world of cars and motorsport.

After graduating in both aerospace engineering and automotive engineering, he joined Porsche in 1970 and went on to work in many positions for the German auto giant.

But what makes Singer one of the most revered names in engineering is the instrumental role he played in all 16 overall victories won by both the Porsche works and customer teams at the iconic 24 Hours of Le Mans.

Now 80 years old, Singer retired in 2004 but continued to work for several more years as an adviser for Porsche customer motorsport.

Singer’s work with Porsche has inspired many designers and products over the years.

Another is a luxury property in London that also bears his name. Called “The Singer Suite”, the interiors of this five-bedroom apartment at Chelsea Barracks are a tribute to “Mister Le Mans” and his all-encompassing approach to design.

Located adjacent to both Chelsea and Belgravia in west London, Chelsea Barracks is described as the “most coveted 12.8 acres in the world”.

The residential development, which features apartments, penthouses and townhouses, was purchased for £1bn in 2007 by Qatari Diar, a subsidiary of the Qatar Investment Authority.

One of the project’s most recent launches, The Singer Suite spans the entire fifth floor of 1 Mulberry Square and has a listing price of £33.5m.

The interior architecture firm embraced Singer’s belief that “everything is important” in each aspect of the design.

Lawson Robb studio director Eva Leone said: “The client’s brief was to transform a show apartment into a home. With this in mind, we designed the apartment with a sense of personality and warmth.

“The accessories and styling played an important role for creating a liveable and personable apartment as it made it feel alive.

“Some of the key features were inspired by a Porsche’s design. The formal dining chandelier was selected because it reminded us of the vertical brass piston’s in the car engine.

“In the family dining and lounge room, the bronze metal insert in the coffee table top was designed with the car’s fascia that cross the roof of the car in mind.” 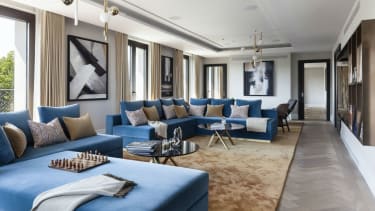 With a focus on mental and physical well-being through impeccable design, Lawson Robb used earthy tones - including petrol blue, burgundy and bronze - along with a bespoke woody scent throughout the residence, to create a serene and calm environment.

Leone added: “The pieces we selected are a celebration of craftsmanship and luxurious comfort living. We have used Minotti in the dining area, an iconic ‘genius’ chair from Giorgetti and lighting that varies from notable designers such as Lee Broom, Henge and Ochre.

“For soft furnishings, we used the likes of Rubelli, Pierre Frey, Jim Thompson and Altfield. We have spent a lot of time on the different design stages, adding layers of textures and colour to make it more personal.

“I believe the best part of the scheme is its use of colour, by combining multiple colours in a way that evokes harmony rather than jarring. It was a very enjoyable challenge that worked really well for this scheme.

“My favourite area is the open plan kitchen/dining/informal living area as it marries clean architecture and joinery with a feeling of comfort and a mix of mid-century and contemporary design.”

In pictures: The Singer Suite 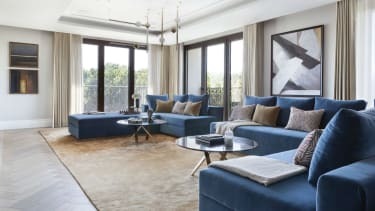 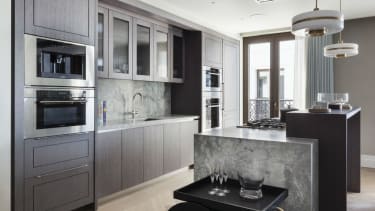 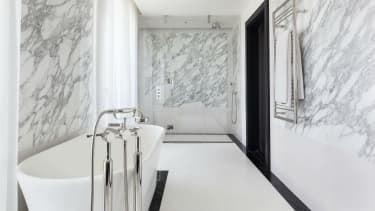 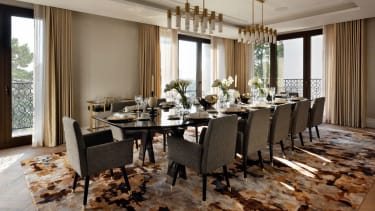 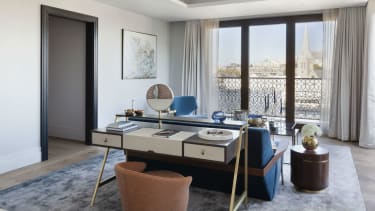 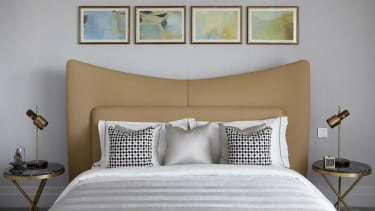 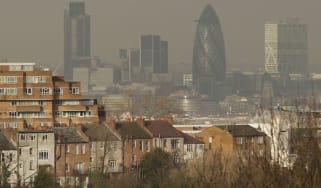 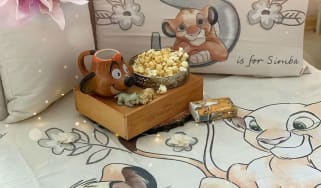