There are many ways to tie-dye. An umbrella term grouping variations of resist-dyeing —an ancient concept of adding prints to fabrics by limiting and manipulating a colourant’s spread— methods of tie-dyeing include batik, which was first practised on the Indonesian island of Java and uses wax to shape intricate patterns. In Japan, the centuries-old art of shibori requires material to be tightly wound around wood or a cut of strong rope, before being submerged in liquid dye. But it’s in Paris that tie-dye has found its most luxurious iteration to date: it was here, in the French capital that designer Victoire de Castellane dreamed up and perfected Tie & DIOR, her latest high jewellery collection.

Unveiled this July, Tie & DIOR features more than 100 pieces inspired by the signature swirling, free-moving and organic shapes of tie-dye. “It’s all about movement and colour combinations,” she explains via email from Paris. Working with platinum plus white, yellow and pink gold, de Castellane liberally mixed and matched rare gems of different sizes and shapes, including pear, oval and marquise cuts. The collection also includes Paraiba-type tourmalines and pink emeralds, as well as sapphires in warm, sunny yellow tones.

De Castellane has long been recognised as a talented colourist: in a nod to her tie-dye inspiration, she stuck to a chromatic palette when choosing precious stones to star in her new designs. Chromatic describes colours that predominately feature one hue (white, for example is achromatic as it includes all tones), so the French designer places deep blue sapphires alongside vermilion red rubies. Elsewhere, her Tie & DIOR inspirations include images of liquid ink staining blotting paper; and this led de Castellane to place stones in gradients, evoking percolating dye. A mismatched pair of earrings (this in itself is a de Castellane marquee design) sparkles with dégradé spessartite garnets, their near-orange, reddish browns contrasting with bordering yellow sapphires. 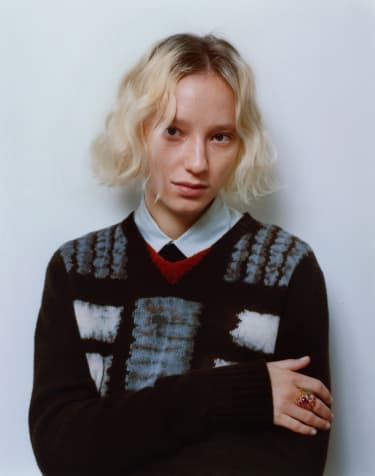 Born to one of France’s oldest aristocratic families, de Castellane grew up in Neuilly-sur-Seine, a commune just to the west of Paris. She first joined Dior more than 20 years ago, taking up the post of artistic director of jewellery. Researching Monsieur Dior’s biography and body of work - covering ten years, from 1947 to 1957 - de Castellane discovered details, symbols and anecdotes that she artfully fuses with her own inspirations and signature design tweaks. In previous high jewellery collections, she has focused on Dior’s era-defining New Look tailoring, the couturier’s childhood home in Granville, and Versailles’ royal gardens (Christian Dior was a keen horticulturist) for creative stimuli. 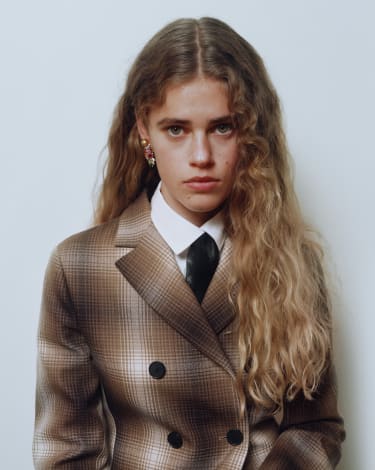 At the Dior ateliers, de Castellane’s jewellery takes shape in a detailed process. A  first sketch is rendered in colourful gouache, which then informs a maquette set with stand-in gems to guide the artisan’s hand. Tie & DIOR marks the first time that de Castellane uses pearls significantly. “Their different natural colours fascinate me, they are small silky spheres that bring a new softness that contrasts with the sparkling shine of the stones,” she says of the milky gem. “I like the name they were given in antiquity - tears of Venus.”

It appears that for de Castellane, working with pearls has been kismet. Today, the designer recalls childhood memories of pearl jewellery and spotting the gem in favourite artworks. “I have always loved pearls. I loved to see my grandmother wearing her pearls. I like them in Renaissance or 19th-century paintings, where they hold a very important place in the female portrait,” she explains. “They symbolise purity.”

De Castellane’s use of pearls veers far from tradition, however. Her Tahitian and Australian specimens come in pistachio greens, golden yellows, candy pinks and a sun-faded purple tone. Then there is de Castellane’s inventive placing of the gem: here, traditional clusters, strings and formations make way for a spontaneous dotting of the bulbous gem. “[Pearls] fascinate me because in their simplicity they bring shine and preciousness. A gift from nature, from the sea.” 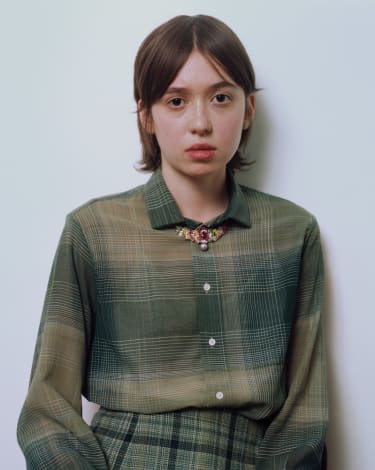 At Dior, de Castellane is not the only artistic director to discover the joyful, happy-making effect of tie-dye. Kim Jones, the maison’s artistic director of menswear, has previously finessed trainers and accessories to vibrant effect; and artistic director of womenswear Maria Grazia Chiuri has authored a tie-dye detailed Dior wardrobe replete with indigo-swirled Dior Book Tote. It was with Chiuri that de Castellane partnered on a rainbow on chi on dresses, worn by 16 models to present Tie & DIOR at a special event in Shanghai earlier this year. “This is the second time that we work together on a project, it is always very fun and exciting,” de Castellane enthuses.For their rarity in materials and creative verve, de Castellane’s Tie & DIOR creations have all the trappings of heirlooms in the making. “Jewellery is very important, it’s the most precious accessory and a little treasure for people who own them”, says de Castellane. “Jewellery is a treasure because of its value, and it’s a treasure because jewellery is transmittable. That’s very important for me, this notion that you can wear something from your grandmother, from people before you. I love this idea, the eternity of jewellery.” And so the art of tie-dye continues.

All clothing and jewellery DIOR 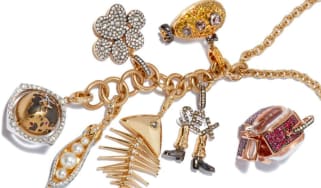 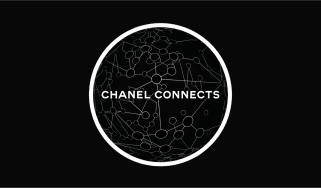 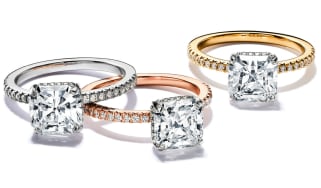