Brexit countdown: the key events to follow in deal or no-deal week

Crunch talks to continue ahead of key EU meeting on Thursday 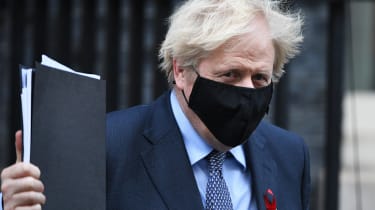 Boris Johnson is embarking on the biggest test of his premiership as forces collide this week to reveal just how his pledge to “get Brexit done” will pan out in practice.

Politico’s London Playbook reports that today’s call is expected to take place “in the early evening”, following key legislative maneuvering in Westminster. Here are the other crunch events coming up in this action-packed week.

As Politico reports, “the controversial Internal Market Bill is back in the Commons this afternoon”.

MPs are set to vote on House of Lords amendments that “stripped out the international-law-breaking elements that would override the Brexit Withdrawal Agreement”, the site continues.

How that vote goes will have consequences for the conversation between Johnson and von der Leyen, as they battle to “break the post-Brexit trade deal stalemate”, says the BBC.

Another potential stumbling block in negotiations may be the introduction of the Taxation Bill, which is due to go before the Commons on Tuesday if no Brexit deal is on the table by then.

BBC economics editor Faisal Islam writes that “in an echo of the controversy over the Internal Market Bill”, the Bill contains “clauses that provide the power to disarm the effect of certain parts of the Withdrawal Deal”.

A second reading of the Taxation Bill is scheduled to take place on Wednesday, setting the scene for another “showdown vote”, says London Playbook.

Given the angry response of the EU to the Internal Market Bill, tabling the Taxation Bill could set the fuse for another round of fireworks. According to the Financial Times, EU figures have “baulked at the idea that the bloc could find itself in the final stages of negotiating a treaty” while Johnson “moves to contravene its existing deal”.

A big day in Brussels as the EU holds its final European Council summit of the year. The plan had been for the bloc to sign off any Brexit deal at this last meeting of 2020, but whether there will be anything to agree remains to be seen.