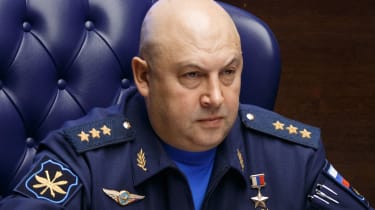 Boris Johnson is being sued over his decision not to sack Priti Patel after the home secretary was accused of bullying senior civil servants.

Lawyers acting for the FDA union - which represents more than 500 senior officials working in the Home Office - have issued a “pre-action notice” to Downing Street of the unprecedented legal challenge. The prime minister is accused “of acting unlawfully by overruling the findings of his own independent adviser and exonerating the home secretary of misconduct”, The Times reports.

The notice is the first step towards a judicial review of the decision, which is alleged to set a “damaging precedent” that would exempt ministers from being bound by standard employment practices.

According to the newspaper, a letter sent to government lawyers says that Johnson’s ruling “gives carte blanche to the kind of unacceptable conduct which the home secretary was found to have committed”.

If successful, the challenge may trigger significant changes relating to ministerial accountability.

The government could also be forced to make public the full Cabinet Office investigation into Patel’s behaviour that led the PM’s adviser on ministerial standards, Alex Allan, to conclude that bullying had occurred. Allan quit last month after Johnson backed Patel.

In a statement announcing his resignation, the adviser said: ““I recognise that it is for the prime minister to make a judgement on whether actions by a minister amount to a breach of the Ministerial Code. But I feel that it is right that I should now resign from my position as the prime minister’s independent adviser on the code.”

As lawyers now prepare to launch the legal action against Johnson, FDA general secretary Dave Penman said: “Forgotten in all of this sorry saga have been the civil servants who were found to have been bullied by one of the most powerful people in the country.

“Let down by the conduct of their minister, they have now been abandoned by the prime minister, who is also, ironically, the minister for the civil service.”

Patel said last month that she was sorry that her “behaviour in the past has upset people”, after a Whitehall investigation found that she had “not always met the high standards” required of ministers.