by Joe Evans
UK to allow quarantine-free travel to&nbsp;nearly all EU countries and many other destinations across the world

In this series, The Week looks at the ideas and innovations that permanently changed the way we see the world. This week, the spotlight is on package holidays:

A package holiday is a trip in which transport and accommodation are advertised and sold together by a tour operator or travel agent. Other elements of the holiday may also be included in the cost, such as organising a rental car and activities or outings during the trip.

British global travel business Thomas Cook was one of the world’s largest – and first – sellers of package holidays, and developed to become a tour operator and airline, as well as running travel agencies across Europe. Thomas Cook collapsed in September this year, bringing to an end 178 years of trading in package holidays.

The package tour was invented and popularised in Britain, but introduced the notion of mass tourism, changing the shape of other countries forever.

How did it develop?

Thomas Cook began offering “tours” of sorts in 1841, when the businessman who would lend the company his name chartered a train to take a group of temperance campaigners 11 miles from Leicester to a rally in Loughborough.

The Guardian reports that, having organised this first trip, Cook then expanded to foreign trips, taking his first two parties abroad, to Belgium, Germany and France in 1855. The newspaper adds that Cook’s trips became more and more ambitious, culminating in 1872 in a 222-day tour to Egypt – via the USA, Japan, China, Singapore and India. The journey covered more than 25,000 miles and cost 200 guineas (£210).

After expanding the reach of his trips abroad, Cook launched the “circular note” in 1875. A forerunner of the traveller’s cheque, the note was a document request by a bank that meant linked foreign banks would pay out money to a named traveller.

Historyextra.com notes that by the turn of the century the first commercially organised British ski trips were heading for the Alps. The site adds that Sherlock Holmes author Sir Arthur Conan Doyle chose the Reichenbach Falls, above the Swiss mountain resort of Meiringen, as a location in his 1893 novel The Final Problem as a nod to the upper classes’ increasing awareness of snowy, foreign locations.

The two world wars largely brought foreign travel to a halt, but in 1949 Horizon Holidays – fronted by Russian-born British entrepreneur Vladimir Raitz – launched, organising trips, with flights included, to Corsica. Historyextra.com notes that the journey time to Corsica was a mere six hours by Douglas DC-3 aircraft, a huge reduction on the 48-hour journey by rail and sea that it replaced.

The launch of Horizon pre-empted a boom in foreign holidays, with the Guardian reporting that in 1950 one million Brits headed overseas, while in 1954 changes to the Convention on International Civil Aviation resulted in a surge in mass tourism using charter planes. By 1994. Brits were taking 27 million holidays, 56% of them package holidays.

Package holidays were bolstered by developments in European cities. In Mediterranean countries, hotel construction developed rapidly during the 1960s, with historyextra.com noting that Spanish fascist General Franco particularly “saw tourism as a way of enriching a ‘backward’ nation”.

The same thing happened in Greece, where package tourists in the 1960s and 1970s saw large-scale construction of hotels and accommodation along the coast. The country’s economy (and coastline) was changed forever, with 2.35m Britons visiting Greece per year by 2015, reports The Independent.

While Brits were the earliest adopters of the package tour, the Chinese market has now overtaken them, with the Ministry of Culture and Tourism of China revealing that 31 million trips were taken by Chinese travellers through tour packages in the first half of 2019.

The rise in Chinese package tours has seen an influx of tourists into Southeast Asian nations, with Thailand, Japan, Vietnam, Singapore, Malaysia, Indonesia and South Korea all popular destinations. This has prompted a concern that overtourism, as seen across Europe, will now hit those nations.

Traveldailymedia.com reports that “holidays could be ruined by overtourism and pollution” as Asian countries scramble to implement the infrastructure required to handle so many new visitors.

The collapse of Thomas Cook has prompted some to suggest that the package tour is dead, but according to travelweekly.co.uk, half of the holidays taken by Britons are package holidays, while the Chinese market continues to thrive.

How did it change the world?

As the Independent reports, the package holiday saw a “broadening of the British mind”, expanding the possibilities for tourists to travel to sunnier climes and experience foreign cultures. The newspaper adds that by 2014, up to 15.9 million Britons took package holidays.

The package holiday has also had a major effect in China, with tourism website chinatraveloutbound.com reporting that 20% of Chinese travellers still rely on package holidays.

In 2018, China became the world’s most powerful outbound market, leapfrogging the US with 149.7 million overseas trips made by Chinese citizens, says The Telegraph. That figure compares with a total of 10.5 million trips in 2000.

While the spread of the package holiday has empowered people to see more of the world, it has also had its drawbacks, promoting overtourism.

In his book Flight to the Sun, Horizon founder Raitz wrote that Tossa de Mar, Horizon’s first Costa Brava resort, was once a “fishing village with half a dozen tiny hotels, a couple of bars and nothing else”, adding that through his package tours: “Beautiful sites along the rugged coast were spoiled forever.” 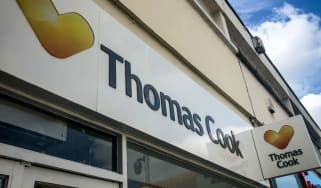