'No jab, no pay': should parents be forced to vaccinate their kids?

The Australian government will deny child benefit to parents who refuse to have their children vaccinated, Prime Minister Tony Abbott has announced.

"This is essentially a 'no jab, no pay' policy from this government," Abbott told ABC news. "It's a very important measure to keep our children and our families as safe as possible."

He said the choice made by parents not immunise their children was not supported by science, "nor should such action be supported by taxpayers".

The plan, which could see parents loosing up to Aus $15,000 per child, has received bipartisan support and endorsement from the Australian Medical Association. Children can still be exempted on medical or religious grounds, but exemptions for the latter will be "very narrow".

However, nearly 10,000 people have signed a petition against the plans, calling them "blackmail" and demanding that all parents be given the chance to make "an un-coerced choice" about the health of their children.

As a result of decades of successful vaccination efforts, potentially dangerous diseases such as measles have largely disappeared from the developed world – but experts are concerned that the anti-vaccine movement could reverse this.

The rise of the 'anti-vaxxers'

The anti-vaccine movement began in earnest in 1998 with a fraudulent report which linked the measles, mumps and rubella (MMR) vaccine to autism and bowel disease. Extensive tests have since disproved the study and its author, Dr Andrew Wakefield, has been struck off the medical register for serious professional misconduct.

However, this hasn't stopped some parents from continuing to believe that vaccines pose a risk to their children. There are several high-profile celebrity "anti-vaxxers" who still link vaccines to autism. Some of the most "visible and reckless voices on the subject" include Jim Carrey, Charlie Sheen and Bill Maher, according to the Daily Beast.

Other simply wish to raise their children in a natural, organic environment and are suspicious of large pharmaceutical companies and being told what to do by the government. "It's a little bit cool, it's a little bit of a trend," Nina Shapiro, a professor at UCLA medical school told Salon. "It's that whole natural, hybrid car community that says 'we're not going to put chemicals in our children'".

"Sometimes, I feel like we're practicing in the 1950s," paediatrician Dr. Eric Ball told the New York Times. He works in area of Orange County where up to 60 per cent of pre-schoolers are not vaccinated. "It's very frustrating. It's hard to see a kid suffer for something that's entirely preventable," he said.

Roald Dahl, whose young daughter died from complications arising from measles, once said it was "almost a crime to allow your child to go unimmunised".

So, should parents be forced to do it?

It is a matter of balancing individual choice with public health concerns, say health care professionals, who remain divided on the issue. In the UK, the NHS cannot force parents to vaccinate their children. In the US, immunisation is mandated, although parents can apply for religious or personal exemptions.

"Vaccines work by protecting individuals, but their strength really lies in the ability to protect one's neighbours," argues paediatric infectious diseases physician Kristen Feemster. "When there are not enough people within a community who are immunised, we are all at risk." She argues that parents should be forced to immunise their children, as it protects others who are unable to be vaccinated for medical reasons and depend on them to provide "herd immunity".

Former surgeon general of the US, Jocelyn Elders agrees. "Not getting a child immunised is child abuse. When you choose not to have your child immunised, you're cheating other kids."

No - it's a personal choice

Others argue that it is not up to the government to mandate what medication a person takes. "This is a basic human right," one mother who fought against having her child vaccinated told Fox News. "To be able to decide what is injected in our bodies, in our children’s bodies, is everything."

"In an era when people are less accepting of authority and do not expect to do something because the government says so, trying to enforce immunisation may actually make matters worse and create martyrs," argue British paediatricians David Elliman and Helen Bedford in the New York Times.

They argue that forced immunisation will not work, as people who possess such strong religious or personal beliefs will carry on refusing to allow their children to be vaccinated, regardless of the penalty.

Why Tony Abbott is a controversial choice for UK trade role 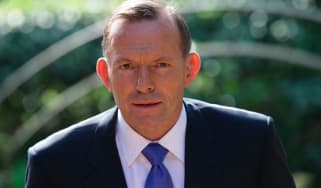 Why Tony Abbott is a controversial choice for UK trade role