A series of events and new releases are marking what would have been David Bowie’s birthday and the fifth anniversary of his death.

Sunday marks five years since the musical legend died of cancer, with a “star-studded tribute concert” and his 2015 stage musical Lazarus both being streamed over the weekend, the BBC reports.

Two previously unreleased Bowie tracks, covers of Bob Dylan’s Tryin’ to Get to Heaven and John Lennon’s Mother, have also been released on what would have been his 74th birthday today.

Starting at 2pm on Saturday, the tribute gig, named A Bowie Celebration: Just For One Day, will be available for 24 hours on Rolling Live Studio’s website. To mark the two anniversaries, here is The Week’s look at five ways Bowie changed the world.

Bowie was "an alien presence in pop music", says Randy Lewis in the Los Angeles Times. Not only did he shift guises from album to album and perpetually keep fans and critics guessing, he brought "a dramatic sense of showmanship and theatricality to rock music".

He took on alter egos, such as Ziggy Stardust, Aladdin Sane and the Thin White Duke, but "often lamented that these made-up personas were mistaken for signs of personal transformation" while he saw them as theatre. His influence extends far beyond his contemporaries, to musicians as varied as Madonna and Kanye West, while his invention continued until his final album, Blackstar, which "revels in an improvisational spirit of jazz" and was his farewell message, adds Lewis.

Christina Cauterucci on Slate says Bowie's androgyny was a rare and precious gift. In 1964, at the age of 17, he spoke to BBC's Tonight on behalf of his organisation, the Society for the Prevention of Cruelty to Long-Haired Men. "We've had comments like, 'Darling' and 'Can I carry your handbag?' thrown at us," Bowie told them. "I think we all like long hair and we don't see why other people should persecute us because of this."

Bowie wrote songs, above all, about being an outsider, says Jon Pareles in the New York Times. He appeared as an alien, a misfit, a sexual adventurer, a faraway astronaut. He even wrote an "anthem for the outsider", 1971's Kooks, which extols the possibility of good parenthood by unconventional mothers and fathers, says Justin Parkinson on the BBC. The song, on the album Hunky Dory, looks ahead with optimism to parenthood alongside his then wife Angie and offers advice to a child growing up in unconventional circumstances.

It isn't among his most famous songs, adds Parkinson, but many of fans have taken to Twitter to praise it in the wake of his death, noting "its anthemic quality, its openness and acceptance of difference".

Music producer Nile Rogers says Bowie was "the Picasso of rock'n'roll". Writing in the The Guardian, he continues: "He saw the world in an abstract way, as well as in the way we all see it," and "he wanted something that would always look modern".

It is a title echoed by Will Gompertz on the BBC, who adds the singer was "an innovative, visionary, restless artist who synthesised complex avant garde concepts into beautifully coherent works that touched the hearts and minds of millions".

Bowie fused science fiction and popular culture, says Engadget. He made "a huge impact on geek and sci-fi culture" from his first hit, Space Oddity, released shortly after 2001: A Space Odyssey and the same month that Neil Armstrong walked on the moon, through to his roles in films such as The Man Who Fell to Earth and Labyrinth.

As well as being a ground-breaking artist, Bowie was a tech visionary, too, says Joon Ian Wong on Quartz. He was an internet entrepreneur in the dotcom-boom days and launched his own internet service provider, BowieNet, in 1998.

Indeed, he really predicted the future impact of the internet on music, says Rich McCormick on The Verge, noting that BowieNet, which allowed users to create their own personal sites and music-centric social network, "looks prescient today". 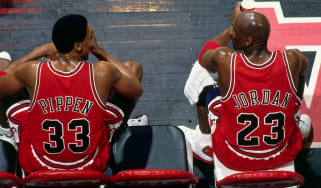