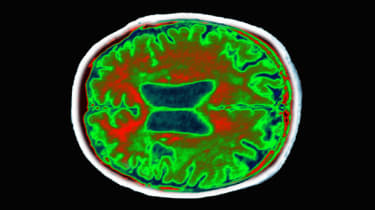 A breakthrough procedure that could halt the progress of Huntington’s disease is being heralded as potentially the biggest development in neurodegenerative medicine in half a century.

In a trial carried out at University College London, more than 30 people in the early stages of the incurable disease received spinal injections of IONIS-HTTRx, a drug which blocks the Huntington’s gene from creating a toxic protein that destroys neurons.

A comparison of protein levels before and after the treatment showed “significant” drops after IONIS-HTTRx was administered, UCL said in a press release, suggesting the drug had successfully intercepted the rogue gene.

Professor Sarah Tabrizi, who led the trial, said the results were “beyond what I’d ever hoped” and “probably the most significant moment” in Huntington’s research since the genetic mutation that causes the disease was identified in 1993.

“For the first time a drug has lowered the level of the toxic disease-causing protein in the nervous system, and the drug was safe and well-tolerated,” she said.

Some patients have described the condition as like having “Parkinson's, Alzheimer's and motor neurone disease rolled into one”, the BBC reports.

Current medication can only help alleviate the severity of symptoms and does not affect the progression of the disease. Symptoms worsen over time, with end-stage sufferers often left unable to move or speak. Typical life expectancy after diagnosis is between 10 and 25 years.

The UCL trial is too small-scale to show whether the drop in toxic protein levels has alleviated the participants symptoms, but Swiss pharmaceuticals firm Roche has bought a licence to develop the drug further, The Guardian reports.

Tabrizi said the results were of “ground-breaking importance” to Huntington’s disease patients and their families.

The genetic mutation that causes Huntington’s is heritable, meaning a child with a carrier parent has a 50/50 chance of developing the disease themselves.

He said that the procedure could theoretically impact on research into cures for similar neurological conditions like Parkinson’s disease and some forms of dementia.