Why is there a North and South Korea?

Seventy years ago this week, North Korea’s invasion of South Korea instigated a conflict that led to millions of deaths - and tensions that are still very much alive today.

Sixteen countries, including the UK and US, sent troops to the Korean peninsula in aid of South Korea. “Chinese troops intervened on the North Korean side,” says CNN.

Referred to as the “forgotten war” by the US army, it has always been eclipsed by the Second World War, which ended less than five years before it started.

Since then, the two countries have remained, in principle, at war – with an armistice agreed, but no actual peace treaty. Just last week, after months of high tensions, North Korea declared that any semblance of peaceful relations with the South were over and blew up a liaison office designed for peace talks.

This week the North Korean appeared to back down after President Kim Jong Un “took stock of the prevailing situation and suspended the military action plans against the south”, the country’s official news agency reported.

Why was Korea divided in two?

From 1910 until 1945, Korea was part of the Japanese Empire. Colonial rule was oppressive and assimilationist, and many Korean nationalists - including the parents of future North Korean dictator Kim Il Sung - sought refuge in China.

Following the Japanese defeat in the Second World War, China, the UK and the US adopted a joint resolution that Korea should become an independent country.

The problem was that the US only occupied the southern part of the peninsular, while the North had been liberated by Soviet troops.

It was agreed to divide Korea in two, at a demarcation line known as the 38th parallel.

Kim Il Sung - who had made a name for himself as a guerrilla leader in the fight to drive Japanese occupiers from the northern Chinese territory of Manchuria - was installed as head of a communist North Korean state under the aegis of Moscow.

With Soviet support, Kim initiated a series of radical reforms to bring North Korea’s economy and society in line with communist ideals.

In the South, the US occupiers struggled to appease a restless population divided into communist and nationalist factions and chafing at the prospect of more foreign rule. Finally, in a controversial 1948 election, US-backed conservative Syngman Rhee became the first president of the Republic of Korea.

How did war break out between North and South Korea?

The 38th parallel was a clumsy, makeshift solution, “hastily drawn with pencil using a National Geographic map by two junior American officers in President Truman's White House”, according to a 2013 article by author Clancy Sigal for The Guardian. Conflict was all but inevitable.

The core problem was that both North and South viewed the division of the peninsular as temporary, and both Kim and Rhee viewed themselves as the legitimate leader of a united Korea.

“Neither dictator was content to remain on his side of the 38th parallel, however, and border skirmishes were common,” says the History Channel.

Finally, with approval from Moscow, the invasion of the South was launched.

How did the US become involved?

The rapid advance of North Korean forces alarmed US leaders, who viewed South Korea as a bulwark against the spread of Soviet communism in the Asia Pacific, says Time.

Two days after the invasion began, President Truman announced that the US was to commit its military forces to protect South Korea.

“The attack upon Korea makes it plain beyond all doubt that communism has passed beyond the use of subversion to conquer independent nations and will now use armed invasion and war,” he said in a statement to Congress.

With UN backing, a US-led coalition that included troops from the UK, Canada, Turkey and other member states was dispatched to bolster the South Korean defence.

The brutality of the Korean War “has largely been overlooked by US history”, says Newsweek, “but the conflict has long shaped Washington’s troubled political relationship, or lack thereof, with North Korea”.

The Korean War would also have cultural ramifications in the US. The Soviet-backed invasion - the first military action of the Cold War - “helped set the tone for Soviet-American rivalry during the Cold War”, says The New York Times, “profoundly shaping the world we live in today”.

How did it end and what happened after?

Following a bloody back and forth across the Korean peninsula, an armistice was finally signed in July 1953.

The two sides stopped short of a peace accord meaning they are technically still at war, almost 70 years after fighting ceased.

The intervening years have seen a tense border stand-off between North Korean troops and South Korean forces, backed by the US.

Around 70% of North Korea’s ground forces occupy an area within 60 miles of the so-called demilitarised zone (DMZ), the buffer zone that divides the two sides, making it one of the most heavily militarised and mined stips of land on earth.

Between 1953 and 1999, sporadic outbreaks of violence have killed over 500 South Korean soldiers, 50 US soldiers and 250 soldiers from North Korea. 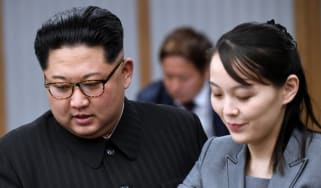