An Iranian woman says she has been sentenced to 20 years in prison for taking off her headscarf in public during protests against the government.

Writing on her personal website, Shapark Shajarizadeh claimed that she had been jailed for “opposing the compulsory hijab” and “waving a white flag of peace in the street”.

There has as yet been no official comment from Iranian officials and a spokesperson for the Iranian embassy in London could not confirm the claim to The Independent.

Police arrested 29 women, including Shajarizadeh, in February for removing their headscarves as part of a campaign known as “White Wednesdays”, to protest against Iran’s strict Islamic dress code.

A wave of anti-government demonstrations that swept Iran in January was driven by concerns over rising living costs and a stagnant economy, “but also provided an opening for Iranian women to push for equal rights” says CNN.

It led to “Iran’s most robust debate about both women’s rights and religious restrictions in the four decades since the fall of the Shah”, The New Yorker reports.

Speaking to Amnesty International, Shajarizadeh’s lawyer, Nasrin Sotoudeh, claims she was subjected to torture and beatings after her arrest. She was released on bail in late April, but her current whereabouts were unknown, says Time.

At the time of the arrests, Iran's semi-official Tasnim News Agency reported that their actions were incited by foreigners, saying those arrested were “deceived” into removing their hijabs.

But Masih Alinejad, the Iranian activist behind the “White Wednesday” social media campaign against mandatory hijabs, who is now based in the US, told CNN that the movement has not been influenced from abroad.

“The movement started inside Iran. It has nothing to do with forces outside of Iran," Alinejad said. “This is a campaign that’s been going on for years and years. The women of Iran have long been ignored. We're just giving them a platform.”

This old woman in #Iran decided to join the #IranianProtests against Ayatollah-imposed #Hijab. She took climbed on to a ledge, took off her hijab, then wrapped it around her walking stick before waving it. pic.twitter.com/f1zERxjvFq

The Conversation says the hijab “has an important place in the power dynamic between society and the ruling Iranian regime”. Women have been legally required to wear the hijab since the Islamic Revolution in 1979, and risk a fine or imprisonment if they remove it in public.

A newly released report by the Iranian government suggests that 49% of the population are against the country’s compulsory hijab law, although the real number is likely to be higher. 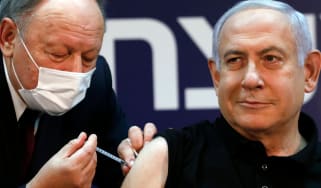 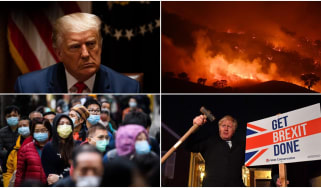 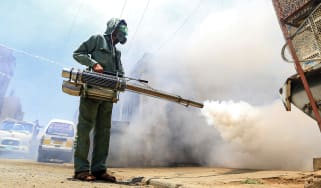 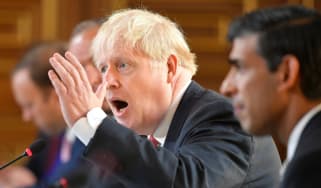