Skip to ContentSkip to Footer
Getting to grips with . . .

A Covid-19 vaccine developed in the US that may only require one dose to be effective is on track to become the third approved for use in the UK.

The Janssen vaccine has reached stage three of clinical trials and could soon be granted emergency authorisation - a move that could help the UK government hit its target of vaccinating a total of around 13 million people by mid-February.

Britain has already ordered 30 million doses of the jab, developed by pharmaceutical giant Johnson & Johnson, with the option of 22 million more.

Like the Oxford vaccine, the Janssen drug uses a modified adenovirus, a harmless, engineered virus that is injected into the patient. The adenovirus DNA triggers an immune response that helps protect the body from Covid-19 infection.

“Unlike other candidates, however, major US trials have focused on its effectiveness as a single dose,” says The Telegraph.

Johnson & Johnson is also conducting a second phase-three trial to look into the effects of two doses of the vaccine.

The New York Times reports that “if the vaccine is effective, it’s possible that the number of antibodies and killer T cells will drop in the months after vaccination”. But “the immune system also contains special cells called memory B cells and memory T cells that might retain information about the coronavirus for years or even decades”.

Although no data has been made available yet as to the longevity of the protection given by the Janssen vaccine, the company is confident enough to be planning to produce a billion doses this year.

John Bell, regius professor of medicine at the University of Oxford and an adviser to the UK’s Vaccine Taskforce, told The Telegraph that the vaccine was “highly likely to work”.

“I think it may well have a material impact on what we can do in the UK to get more people vaccinated,” he said.

If approved by regulators, the vaccine - which can be safely stored and transported at standard fridge temperature - would be used in the UK alongside the Pfizer and AstraZeneca jabs. 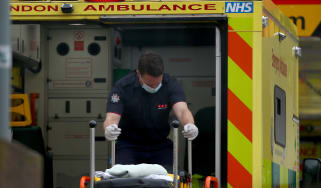