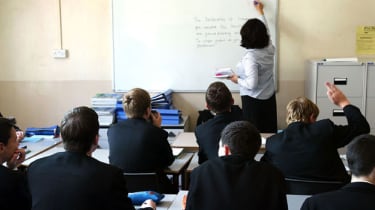 Teachers are being warned against expressing political opinions in front of pupils, in updated guidance issued by the Government.

In a new section added to official guidelines for teachers in England and Wales, the Department for Education (DfE) highlights the need for educators to “act appropriately in terms of their behaviour” and “the views they express (in particular political views)”.

The new guideance also specifically reminds school staff that they must not “use school resources for party political purposes”.

Although the DfE has not given any reason for the addition of the section, “it follows criticism of headteachers’ conduct during last year’s general election, which saw thousands of leaders write to parents over the state of school funding”, says Schools Week.

By making education cuts into a doorstep issue, the high-profile campaign - backed by opposition politicians - “was seen as instrumental in securing an additional £1.3bn in funding for schools”, the education news site adds.

Shadow education secretary Angela Rayner has accused the Government of “trying to ban teachers from whistle-blowing when schools cuts bite into our children’s education”.

Headteacher Jules White, one of the activists behind a campaign that sent out 2.5 million letters warning parents about the impact of budget cuts, takes a more moderate view.

“If expressing political views is about biased and ill-judged grandstanding by heads and teachers, then I fully support the DfE’s views,” he told The Guardian.

“If, on the other hand, the DfE wishes headteachers to be gagged as they simply tell the truth about the financial and teacher supply crisis that our schools are facing then this is unacceptable.”

White defended the right of school leaders to “speak out in a reasonable and considered manner on behalf of colleagues and the children and families that we serve”.

A DfE spokesperson said the update “simply brings this guidance in line with the law, which makes clear that headteachers and local authorities must not promote partisan political views in school”.

“Headteachers have long had a legal responsibility to provide a balanced presentation of opposing views when teaching political or controversial subjects,” the spokesperson added.