Today’s back pages: Mourinho is ‘rude to an idiot’ and Solskjaer takes swipe at Pogba’s people

by The Week team
Tottenham boss Jose Mourinho was yellow carded by referee Mike Dean in the 1-0 defeat at Southampton&nbsp;

What the Daily Mail describes as the “strained relationship” between Manchester United and Paul Pogba receives extensive coverage in today’s newspapers.

The French midfielder has been suffering from an ankle injury since September and according to the Mail he is set to undergo surgery, or at least that is what his “people” are saying.

Speaking last night after seeing his side beaten 2-0 by Arsenal, United manager Ole Gunnar Solskjaer is allegedly concerned about the “influence of Pogba’s entourage”.

Asked how long it will be before Pogba is back in action, Solskjaer said: “Three or four weeks maybe, I don’t know. He’s been advised to have an operation by his people and he’ll probably do that.”

The Mail believes the Norwegian’s use of the word “people” is a “swipe” at Pogba’s agent, Mino Raiola, who in a recent interview with Italian paper La Repubblica said: “Pogba’s problem is Manchester United. It’s a club out of touch with reality and without a sporting project.”

The Sun prefers the word “jab” to “swipe” but agrees with the Mail that relations between the club and the player are worsening.

The paper goes on to say that Raiola “is trying to force the star out of Old Trafford”, although with Pogba set for another lengthy spell on the sidelines following his ankle op, it’s unlikely a buyer will be found before the summer.

The Sun, the Daily Star, The Times and i Sport all focus on Jose Mourinho admitting he was “rude to an idiot” during Tottenham’s 1-0 defeat at Southampton yesterday.

After a touchline spat with Saints goalkeeping coach Andrew Sparkes, Mourinho was shown a yellow card by referee Mike Dean.

Snakebite’s made of the Wright stuff

Peter Wright’s victory against Michael van Gerwen in last night’s PDC World Championship final is described as a “stunning upset” by The Guardian.

“Snakebite” Wright, who turns 50 in March, won the darts showdown 7-3 against Dutch icon Van Gerwen to end a wretched record of ten defeats in 11 major finals.

As the Guardian points out, seven of those defeats had come against Van Gerwen, the triple world champion, and considered one of the greatest players in darts history.

“You should never give up,” Wright is quoted by the paper. “It doesn’t matter how many times you get beaten. From the beginning, I believed.” 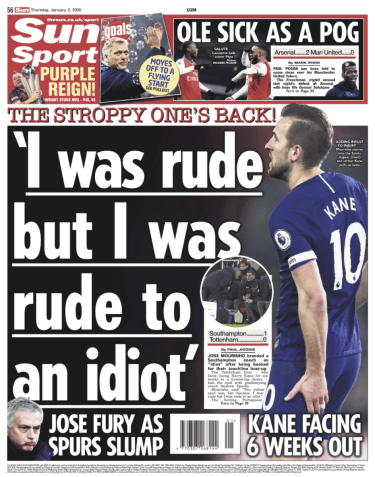 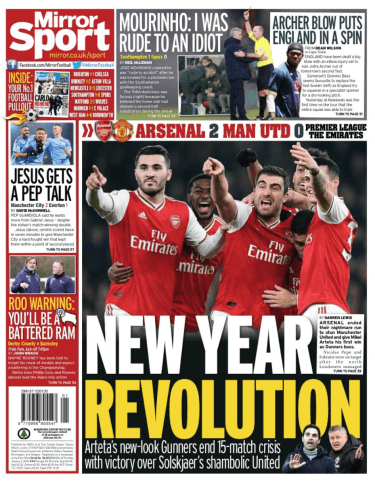 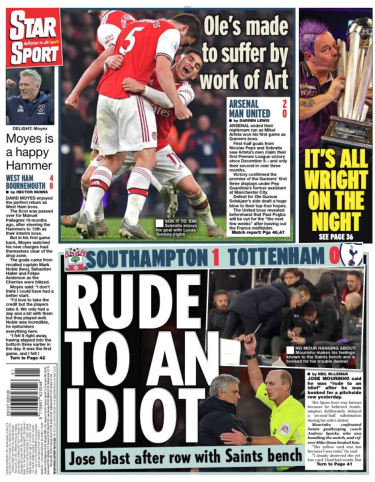 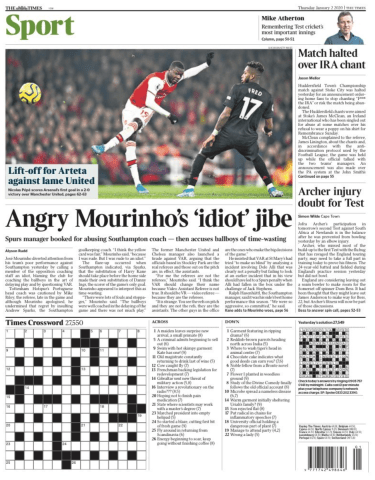 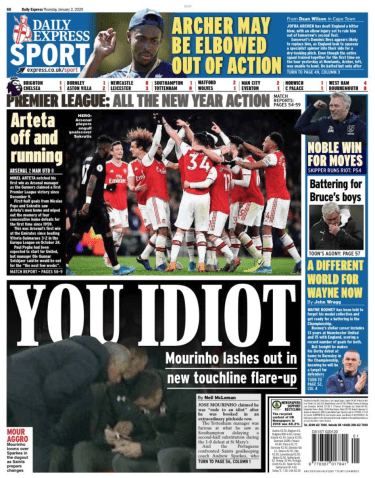 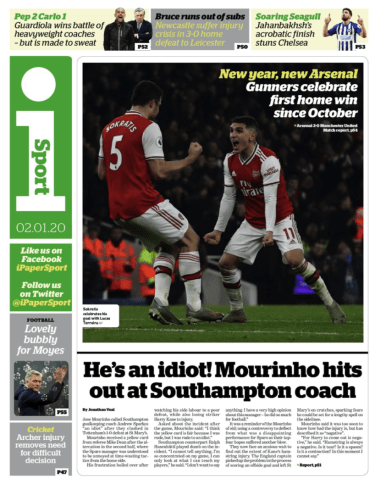 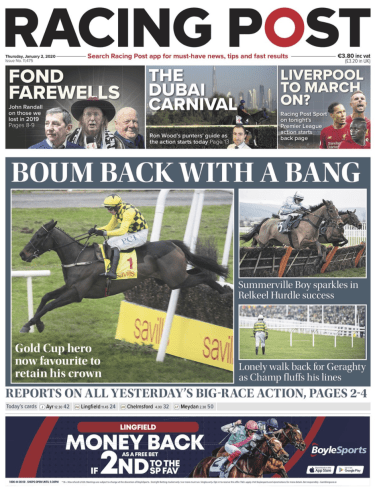 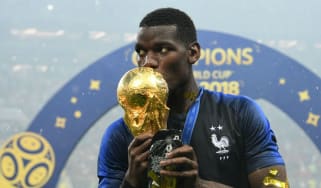 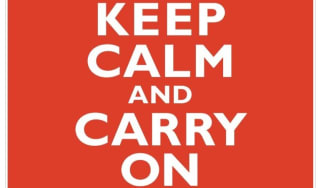