Manchester United’s easy ride to the last 16 of the Uefa Europa League makes the back page of the Daily Mirror under the headline “Bruges cruise”.

The Red Devils, who drew the first leg 1-1 in Belgium, put five unanswered goals past their visitors in a dominant performance.

The Times singles out one United player for particular praise on its back page. “Fernandes leads United romp” it exclaims, alongside a picture of Portuguese ace Bruno Fernandes celebrating his first-half penalty.

The photo in The Guardian shows Scott McTominay moments after he scored his side’s third goal, and the paper says he, Fred and Fernandes were outstanding in what it describes as a “red juggernaut”.

The Guardian also says that on the basis of their 5-0 demolition of Club Bruges, United are “serious contenders for a second Europa League crown in three years”.

In last night’s other Europa League games Wolves lost 3-2 against Espanyol in Spain but progressed to the last 16, 6-3 on aggregate.

There was drama at the Emirates as Arsenal were beaten 2-1 on the night by Olympiakos and crashed out on away goals.

Scottish champions Celtic are also out after a 3-1 loss at home against FC Copenhagen. The Danes went through 4-2 on aggregate.

Arsenal and Aubameyang suffer a Greek tragedy in Europa League

The Times reports on its back page that the final two stages of Chris Froome’s comeback event have been cancelled after two Italian cyclists tested positive for coronavirus.

Froome - who suffered serious injuries after a crash last summer - and the others riders at the UAE Tour, including Britons Mark Cavendish and Adam Yates, will be tested for the virus.

According to the Italian media, members of the CBRN, a unit of the local police specialised in the “chemical, biological, radiological and nuclear”, arrived in a bid to contain the virus.

The Guardian also covers the story on its back page, as well as the news that as things stand Uefa expect Rome to host the opening match of this summer’s European Championship on 12 June between Italy and Turkey.

That could of course change depending on how coronavirus evolves, and the news that an unnamed professional footballer in the Italian third tier has tested positive will send a chill through Uefa.

What events may be cancelled due to coronavirus? 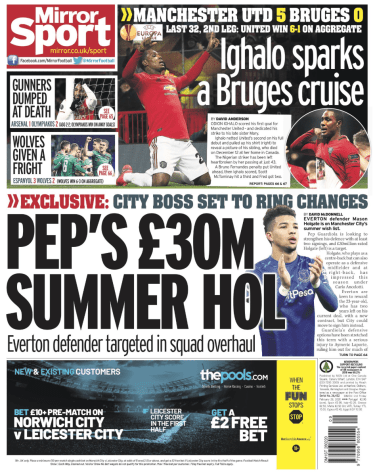 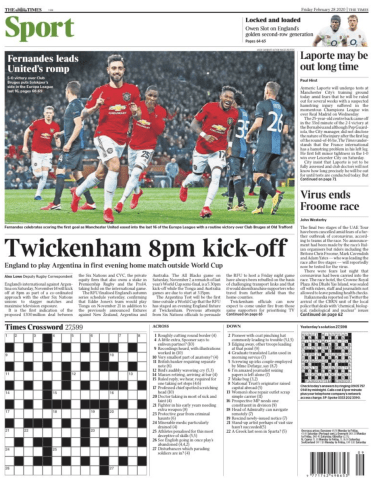 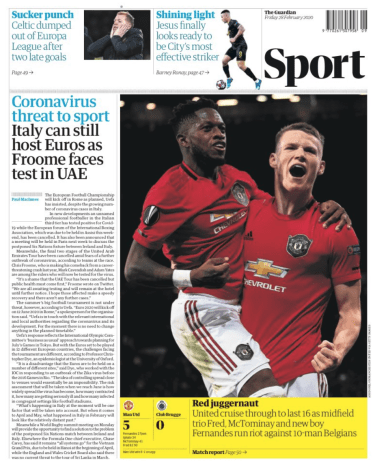 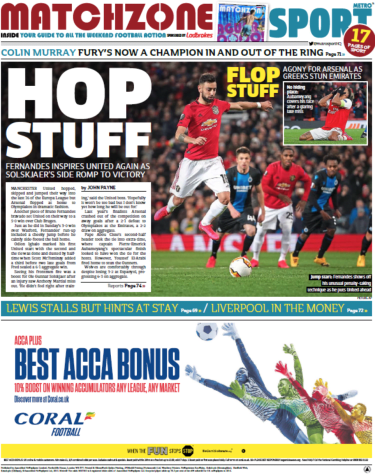 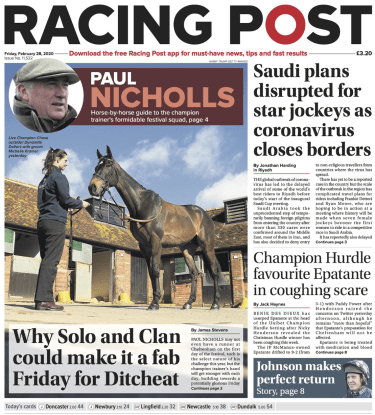 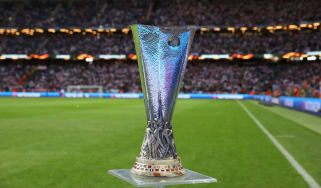