The best autobiographies for Christmas 2019

From comedians and documentarians to a slave-turned-orator

David Cameron briefly put himself back at the centre of attention this year with the release of his autobiography For the Record, which featured some striking admissions and disappointing omissions - piggate anyone?

Having left British politics after failing to convince the public to back Remain in the 2016 EU referendum, the former prime minister has come in for criticism for leaving the country with a problem of his making.

The book addresses the allegations, with Cameron admitting he has “many regrets”. “From the timing of the vote to the expectations I allowed to build about the renegotiation, there are many things I would do differently,” he says.

The BBC says the book also contains other “candid” revelations “about his views on gay marriage, drug use at Eton College and an embarrassing first brush with royalty in his autobiography”.

The autobiography can be one of the most insightful - and powerful - literary forms. Done poorly, as Roald Dahl complained, it is merely ”a book a person writes about his own life, and it is usually full of all sorts of boring details”.

Dahl’s own autobiography, Boy: Tales of Childhood “isn’t sophisticated or classy” says The Guardian, but “it’s a Dahl autobiography, which makes anyone who turns their nose up at it a right twit”.

Gotta Get Theroux This: My Life and Strange Times in Television by Louis Theroux

This 2019 autobiography is a funny, honest and heartfelt account of Louis Theroux’s life and time in television. The national treasure takes readers on a journey from his socially awkward youth to his Emmy-nominated, BAFTA-winning career success.

While Theroux appears in his documentaries, it is his television interviewer persona that we see on screen, rather than the man himself. This book changes that, putting the real Theroux at the heart of the story, in what Telegraph Magazine calls an “absorbing and surprisingly candid” account of his life and work.

It’s “self-deprecating, eager to please and shot through with a sense of bewilderment”, says The Guardian - just what you’d expect.

Based on a True Story by Norm Macdonald

Stand-up comedian and former Saturday Night Live comic spent two years on a farm in northern Canada putting together his biography full of outrageous tales of his life and the job of comedy.

“Stand-up comedy is a shabby business, made up of shabby fellows like me who cross the country, stay at shabby hotels, and tell jokes they no longer find funny,” MacDonald writes in the introduction.

The actor, gambler, raconteur, and SNL veteran has certainly had a life full of varied experiences, and readers might want to approach his memoirs on the understanding that his stories are “often built on grim foundations: prison rape; drug deals gone very bad; a young boy whose dying wish is to kill a baby seal”.

The Diving Bell and the Butterfly, by Jean-Dominic Bauby (1997)

Extreme adversity, whether a product of illness, death or grief, is one of the most fertile breeding grounds for memoirs and autobiographical pieces. Few, however, have expounded so eloquently on such extreme circumstances as French author Jean-Dominique Bauby in The Diving Bell and the Butterfly (Le Scaphandre et le Papillon), published in 1997.

In 1995 at the age of 43, Bauby, then-editor of fashion magazine Elle, suffered a stroke, sending him into a coma. When he awoke he discovered that his entire body was paralysed, save for one of his eyelids - a condition known as locked-in syndrome.

Remarkably, Bauby teamed up with a group of dedicated carers and medical staff and, by blinking his way through the alphabet, came up with a method of communication with the outside world, and ultimately used this technique to write a memoir.

The Diving Bell is a tragic story, but the deep introspection of Bauby - who refers to himself as being “both dead and alive” throughout - offers readers a life-affirming, cathartic experience that GoodReads describes as “a small book composed of many big wonders”.

The Year of Magical Thinking, by Joan Didion (2003)

In 2003, author and journalist Joan Didion’s daughter Quintana was hospitalised with a case of pneumonia that developed into severe septic shock. Days later, while Quintana was still comatose in the hospital, her husband of nearly 40 years died suddenly of a heart attack while at the dinner table.

Although often a difficult read, Didion’s attempts to piece her life tother in the year following her husband’s death, while caring for Quintana, is a powerful, delicate and often wryly humorous look at the human response to immense grief.

Described by Reader’s Digest as a “stunning memoir” that exemplifies “why your brain needs you to read every single day”, The Year of Magical Thinking won Didion the 2005 National Book Award for nonfiction and the Pulitzer Prize for biography or autobiography.

Writer Andre Aciman was born and raised in Alexandria to a family of Sephardic Jews who had wandered from Italy to Turkey, then settled in Egypt.

His father owned a wool mill and his parents were very rich, as were the rest of the exotic clan who lived with them. They were forced to conceal their Jewish roots when Gamal Abdel Nasser came to power, ushering in a time of high Arab nationalism, intense anti-Semitism and eventually war.

After fleeing to Paris and leaving behind much of their remarkable history and culture in the region, Aciman’s memoirs are a wonderful slice of - admittedly rather unusual - life, rich with human sadness and humour at the transience of memories and phases of life.

“All, like the author of this book, will look back on their years in Alexandria with the melancholy knowledge that the past cannot be recaptured,” wrote The New York Times upon its publication in 1995. Publishers Weekly describes it as “a marvellous memento of a place, time and people that have all disappeared”.

“If there is one African American who can make the strongest claim to be the godfather of the literature derived from the black American experience, it must be Frederick Douglass,” writes The Guardian. “To some critics, he remains the most influential African American of the 19th century.”

Less a comprehensive life story of the remarkable slave-turned-orator, whose works were a major influence on the abolition movement in the US, Narrative on the Life is a brutal yet hopeful insight into a period of American history that at the time had been rarely - if ever - told from his side of the divide.

Narrative works as both a fascinating, priceless historical document and a landmark moment in black American literary culture that remains as shocking and essential today as it was in 1845.

Part-memoir and part-portrait of Martin Amis’s father Kingsley, Experience tells the story of the author’s childhood, at times taking the form of a letter to his family and closest friends. An affecting, whimsical and often rather strange book, Experience was met with rave reviews upon release in 2000.

The Daily Telegraph described this peculiar memoir as one of the “20 best biographies and autobiographies of all time” in a 2014 list.

It is, the paper says, “easily Martin Amis’s best book, in which he leaves behind the struggle for effect, stops trying to say anything serious, and in doing so creates something effective and serious about his early life, his relations with his father, the death of his cousin, his various artistic rivalries, and, of course, those teeth”.

“If, at any time in your life, you’ve battled anxiety or felt like a misfit, you’ll want to add this witty, riotous 2012 memoir to your reading list,” says Reader’s Digest.

Let’s Pretend This Never Happened is by Jenny Lawson, a blogger who spent ten years at the Houston Chronicle before creating her own site TheBloggess.com - with a brief stint as reviewer of pornography for a sex-toy company in between, says The Washington Post.

Scattered with vibrant, colourful language, this thoroughly 21st-century autobiography is an imaginative and somewhat fantastical tale of Lawson’s unusual life, including struggles with a severe anxiety disorder and miscarriages. Somehow it manages to keep readers laughing throughout.

Comedian Steve Martin was, for a period in the 1970s and early 80s, the world’s most famous stand-up comic. Yet his trajectory was a strange one - his breakthrough and rise to fame was as abrupt as his decision to stop performing in 1981, not returning to the field for 35 years.

As such, the comedian’s memoir Born Standing Up, published in 2007, is an intriguing look into the mind of a fiercely private man.

“Born Standing Up is full of hard-won personal truths, lightly tossed-off comic touches and astute observations about the 1970s,” says Time Magazine, calling it one of the best books of 2007. “He’s also touchingly forthcoming about his difficult childhood, all the more so since his personal revelations come to us untainted by any hint of exhibitionism.”

Fellow comedian Jerry Seinfeld also heaped praise on the book, calling it “one of the best books about comedy and being a comedian ever written”.

Also known as The Diary of Anne Frank, the Jewish teenager’s journal details her family’s two years in hiding during the Second World War. Frank, who died in a concentration camp two years before the book’s release, was plagued by German occupation in her Netherlands home.

For her 13th birthday, she received a red-and-white plaid diary, that she began writing in as if it were a personal friend: “I hope I will be able to confide everything to you, as I have never been able to confide in anyone, and I hope you will be a great source of comfort and support.”

“With time, Anne Frank became a universal symbol of hope and the desire for freedom,” says the Jewish Telegraphic Agency.

The book won a Pulitzer Prize, became a staple of school curricula and was even used by prosecutors to convict the Nazi officers who deported Jews out of Holland to concentration camps, says the news agency.

Written by Paul Kalanithi during an ultimately tragic battle against stage IV metastatic lung cancer, When Breath Becomes Air was a monumental critical success when it was posthumously published by Random House in January 2016.

In a four out of four-star review for USA Today, reviewer Matt McCarthy called the book “a story so remarkable, so stunning, and so affecting that I had to take dozens of breaks just to compose myself enough to get through it”.

The New York Times adds that Kalanithi “wrote his own book with great determination but also great difficulty, to the point of wearing silver-lined gloves to use the trackpad when his fingertips began to crack during chemotherapy”.

“But the difficulty doesn’t show: Dr. Kalanithi knows how to make a paragraph fly,” the paper adds. 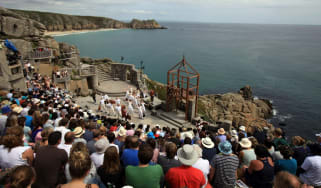