Around 1,100 workers at Ellesmere Port plant forced to take leave as production paused

Vauxhall has temporarily closing its production facility at Ellesmere Port in a bid to minimise the impact of a possible no-deal Brexit.

The British marque planned the shutdown of the Cheshire plant “several months ago” in the expectation that the UK would leave the European Union on 29 March, Auto Express reports.

Although Brexit has now been delayed, the company has to go ahead with the closure having already “granted holiday for its staff and hired contractors to carry out maintenance work during the downtime”, the motoring magazine says.

The facility will remain closed for three weeks, forcing around 1,100 employees to take leave from their positions.

Production has also been halted at the company’s facility in Luton, in order to install factory upgrades as part of a £100m investment project.

Vauxhall isn’t the only carmaker to temporarily close its factory over Brexit fears.

BMW, Jaguar Land Rover and Honda have “all faced the same situation”, leaving them with “idle factories at a time they would ideally be making vehicles to export while the UK enjoys unfettered access to Europe”, says the Financial Times.

The stoppages are yet another sign that Brexit “risks causing serious disruption” for carmakers operating in the UK, the newspaper adds. Some companies are stockpiling parts in a  bid to minimise the anticipated disruption resulting from extra border checks with Europe. 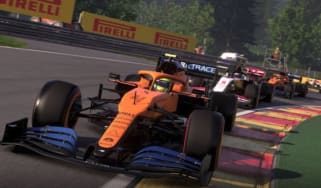