The government could defy yesterday's vote, but experts warn that would be political suicide

In the final days of campaigning, a few politicians noticed that "a really crucial detail about the upcoming EU referendum has gone virtually unmentioned," said the International Business Times. Is the result legally binding?

The short answer is no: in a Parliamentary democracy such as the UK, MPs could overturn the result - but to do so could provoke a revolt.

Could the result be disregarded?

Yes - in theory, at least. The referendum result is not legally binding and the government is under no legal obligation to follow through with its outcome. "The referendum is advisory rather than mandatory," says the Financial Times. "What happens next is therefore a matter of politics not law."

If turnout had been low, the government could have said the vote lacked credibility. With more people voting than in the past few general elections, that option has been closed off, but "they could say it is now a matter for parliament, and then endeavour to win the parliamentary vote," says the paper.

Pro-EU ministers have an overwhelming cross-party majority in parliament, with fewer than 200 of the 650 elected MPs supporting the Leave campaign. Votes in the Commons could therefore be used to put pressure on the government to keep the UK inside the single market.

Earlier this month, senior government sources said MPs would fight to stop Britain leaving even if it meant agreeing to free movement within the EU. This would directly contravene key demands by Brexit campaigners. 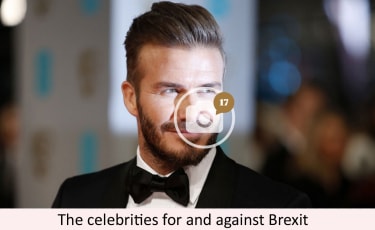 There is another scenario which could see the result overturned, says the BBC: "If MPs forced a general election and a party campaigned on a promise to keep Britain in the EU, got elected and then claimed that the election mandate topped the referendum one."

How likely would that be?

Very unlikely, say experts. Many commentators, including at the BBC, argue it would be "political suicide" if the government were to dismiss the result of a democratic vote.

"The conventional wisdom is that, of course, a vote for Brexit would have to be respected," says the FT.

However, the newspaper also points out that conventional wisdom predicted Jeremy Corbyn would not be Labour leader and Donald Trump would never become the presumptive Republican nominee for US president.