Mauricio Pochettino’s men look to kickstart their group B campaign

After the 7-2 hammering against Bayern Munich, Tottenham are in desperate need of a victory against Red Star to reignite their hopes of qualifying from Champions League group B.

Mauricio Pochettino’s side lie fourth in the group with one point from their opening two matches. They go into Tuesday’s fixture with only one win from the last five matches.

Serbian side Red Star head to the Tottenham Hotspur Stadium on the back of six successive victories in all competitions.

Pressure is growing on Pochettino following the poor run of results. At the weekend it took a late Dele Alli goal to salvage a point against Premier League strugglers Watford.

‘We have to believe’

Striker Harry Kane has urged his team-mates to believe in themselves as they aim to boost their chances of reaching the knockout stages.

The England captain said: “It’s probably the toughest time since I’ve been here. It’s just another challenge though. The road to success will always have bumps and this is just one of them.

“We went through an experience in the last Champions League campaign where we had less points than we do now. We know about the effort it takes to get through a Champions League group. We have to believe and fight for everything together.”

Pochettino added: “Every game is important. It’s important to win [on Tuesday] to be in a good position in the table. In this type of period our worst opponent is ourselves and we need to build our confidence.

“When all the circumstances are against you, you need to be strong and work harder because you need to expend more energy.”

The group B clash will be live on BT Sport. Coverage starts at 7.15pm and the match kicks off at 8pm. The broadcaster will also show a live stream of the game at sport.bt.com.

Olympiakos host Bayern Munich in the other group B fixture (8pm, live on BT Sport Extra 2).

Football.London reports that Spurs have been handed a triple boost ahead of Tuesday’s match with Christian Eriksen, Giovani Lo Celso and Ryan Sessegnon all taking part in training.

Lo Celso and Sessegnon are unlikely to feature as they build up their fitness, but Danish playmaker Eriksen could be in contention.

Spurs also remain without goalkeeper and captain Hugo Lloris because of an elbow injury.

The Serbs will be without defensive midfielder Branko Jovicic and right-back Milan Gajic. Striker Richmond Boakye is also a major doubt because of a calf injury.

How the teams could line up according to Uefa.com

“Tottenham’s confidence is low, but the odds are stacked against Red Star for this one. Spurs need a victory to kickstart their European campaign, and they should get it here.”

“Spurs have been anything but convincing defensively in recent weeks and the scars of that 7-2 defeat to Bayern will surely still be showing on Tuesday night. That said, it’s hard to see the likes of Kane and Son Heung-min being kept quiet for the entire match and eventually, their quality will shine through.”

“For all their troubles at present, it is still hard to see Tottenham end Tuesday night without three points. The visitors are full of confidence heading into the encounter, but no matter how poor Spurs are at present the gulf in class should be too big for an upset. The game is the perfect opportunity to right the wrongs that have continuously popping up for some time. But then again, we've been saying that for a number of weeks now and things are still broken…”

“It is getting to the stage where it feels as though it is generous to carry on predicting Tottenham wins. The hosts should come out on top in this one - they have superior quality and home advantage against a team with a woeful record on the road in Europe. However, with Spurs in their current form you can never truly tell, and it would not be the greatest surprise if Red Star manage to come away from North London with something.”

“Tottenham know they have to win to keep their Champions League hopes alive. They were dreadful against Watford on Saturday, but expect Pochettino to ring the changes. We’re predicting a nervy affair but Tottenham should - should - get the job done. 2-1 to Spurs – with Son scoring a late, late winner.”

“Tottenham will be keen to banish the memories of their horror show against Bayern at the start of the month and this is a good opportunity to go some way towards that. The visitors will try to frustrate them, though, and given Spurs' poor form, it may be a laboured rather than a convincing win.”

“We believe that Tottenham Hotspur certainly have the ability to create enough chances to score more than one against Crvena Zvezda, who will be up against it scoring a goal of their own. We therefore think that it’s going to be a comfortable 2-0 win for Tottenham at the end of the match.” 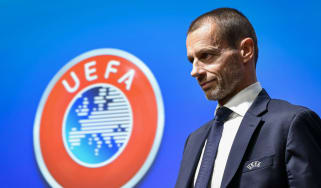 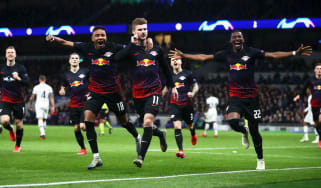