How South Korea and Taiwan are beating coronavirus

What can we learn from how the two nations responded? 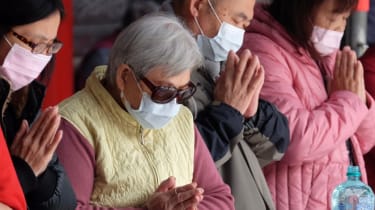 As countries across the planet battle coronavirus, two have emerged with encouraging results. South Korea and Taiwan have both produced promising statistics in recent days.

As of Tuesday, Taiwan had just 47 cases and one death resulting from Covid-19, despite its proximity to China, where the virus emerged. In China, 80,754 cases and 3,136 deaths have been attributed to coronavirus.

In South Korea, more than 7,300 coronavirus infections have been confirmed, with 50 deaths. Although this is one of the largest outbreaks outside mainland China, the number of new daily infections in South Korea has declined sharply in recent days.

Attention is turning to the steps these two nations took. Here is what we know:

How did Taiwan respond?

The response from the authorities was speedy and proactive, says NBC.

On December 31, the same day China notified the World Health Organization that it had several cases of unknown pneumonia, Taiwan’s Centers for Disease Control immediately ordered inspections of passengers arriving on flights from Wuhan.

Then, on January 12, it sent a team of experts to the mainland on a fact-finding mission. It quickly ordered hospitals to test for and report cases.

All those measures were taken before Taiwan had its first confirmed case. On January 26, five days after it confirmed its first case, Taiwan banned arrivals from Wuhan.

Has Taiwan taken any other tough measures?

Yes. People coming from badly affected areas are put under mandatory 14-day home quarantine, even if they are not sick, and are monitored using location sharing on their mobile phone. If they try to abscond they can be fined.

There are also fines for anyone not reporting symptoms. A man who didn’t tell the authorities he had symptoms after he returned from Wuhan and went to a dance club the next day was fined the equivalent of more than £7,500.

What measures have they taken in South Korea?

The South Korean government has been “among the most ambitious when it comes to providing the public with free and easy testing options”, says CNN.

It has the ability run about 15,000 diagnostic tests per day and has conducted 196,000 of them nationwide, free of charge. The city of Goyang even set up drive-through testing booths.

The authorities also set up facilities for patients who were suffering from only mild coronavirus symptoms.

Straits Times says that scores of events – “from K-pop concerts to sports matches” – have been cancelled or postponed due to the virus. School holidays have been extended by three weeks across the country.