Dorries has been in contact with many MPs, including the prime minister 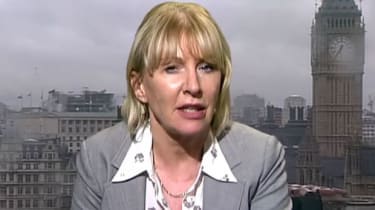 Nadine Dorries, a health minister in Boris Johnson’s government, has revealed that she has tested positive for coronavirus.

The first MP known to have been infected said she had put herself into isolation after learning the news.

Downing Street did not comment on whether the prime minister had undergone testing for the coronavirus, or whether he will now be tested.

In a statement, the MP for Mid Bedfordshire said: “I can confirm I have tested positive for . As soon as I was informed I took all the advised precautions and have been self-isolating at home.

“Public Health England (PHE) has started detailed contact tracing and the department and my parliamentary office are closely following their advice.

“I would like to thank PHE and the wonderful NHS staff who have provided me with advice and support.”

The 62-year-old, who began her career as a nurse, later tweeted that it had been “pretty rubbish but I hope I'm over the worst of it now”.

She said she was “more worried about my 84yo mum who is staying with me and began with the cough today. She is being tested tomorrow”.

The health secretary, Matt Hancock, said he was “really sorry” to hear the news but said Dorries “has done the right thing by self-isolating at home”.

Parliamentary records show Dorries has voted twice in the House of Commons in the past week, so she has been in close contact with hundreds of other MPs.

A government source said MPs should continue to go to work in Whitehall and Parliament unless told otherwise. A Parliament spokesman said there were still no plans to suspend the Commons.

However, Hannah Bardell, an SNP MP, told Sky News that “Westminster by its nature means we’re all corralled in there together at close proximity”.

She added: “It's possibly one of the most germ-infested, unhealthy places I've ever worked.”