Could Wolff become F1’s next CEO?

All eyes will be on Mercedes at this weekend’s Formula 1 Spanish Grand Prix and not just because of the battle between drivers Lewis Hamilton and Valtteri Bottas.

The team-mates are seeking their fifth 1-2 in succession following Mercedes’s explosive start to the 2019 season.

Leading the Mercedes charge for another title double is team principal Toto Wolff. The Austrian is also in the headlines this week following reports that he could become the next chief executive of Formula 1.

F1i.com reports that Wolff is seen as a potential candidate to replace current CEO Chase Carey when his contract expires at the end of the 2020 season. Carey though would remain chairman of F1 owners Liberty Media.

However, Pit Pass says that Mercedes’ rivals Ferrari and Red Bull will have something to say about Wolff taking over as the boss of F1.

“While Red Bull would have to do what it always does, whinge, Ferrari would at least have recourse to its well-documented power of veto,” said the website.

The BBC reports that Silverstone will be resurfaced before the British Grand Prix on 14 July. It’s the second time in two years that the circuit has had major work.

“We have created a window to carry out the work required,” said Silverstone managing director Stuart Pringle. “We’re confident it will provide us with the surface we need to run our busy calendar of two and four wheel events throughout the year, whatever the weather.

“I am very grateful to all of our clients who have worked with us to create the space in the calendar that is needed to make this happen.”

Brazilian GP to move to Rio from next year

Brazilian president Jair Bolsonaro has revealed that the 2020 Brazilian Grand Prix will move from Sao Paulo to Rio de Janeiro. Motorsport.com reports that the purpose-built circuit in Rio could be named after Brazilian F1 icon Ayrton Senna.

Ex-Formula 1 driver Jenson Button will make his first appearance of the season for Sky Sports F1 at this weekend’s Spanish Grand Prix. The 2009 world champion will provide expert analysis and insight in Barcelona. See our Spanish GP race guide and preview here.

What the media is writing about in the world of Formula 1: 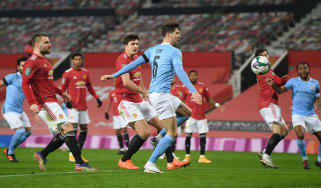