The black and gold has gone and the grey, red and black look returns for the Haas Formula 1 team in 2020.

After cutting ties with title sponsor Rich Energy, the Americans have reverted to a more traditional livery for their 2020 challenger, the VF-20.

In a surprise reveal on social media, Haas posted digital renderings of their new car’s design.

It will be fully unveiled by drivers Kevin Magnussen and Romain Grosjean on Wednesday 19 February - the first day of pre-season testing at the Circuit de Barcelona-Catalunya in Spain.

On day one of testing in Barcelona Magnussen will take the wheel of the VF-20. Grosjean will then drive on day two and the final day will see the testing duties shared between the duo.

Haas had a disappointing season in 2019, finishing ninth in the constructors’ championship with 28 points. Magnussen was 16th in the drivers’ standings with 20 points while Grosjean was 18th with eight points.

The drivers and team will be aiming for better results in the 2020 campaign.

Pre-season testing takes place in Barcelona on 19-21 February and 26-28 February. The opening race of the season is the Australian Grand Prix on 15 March in Melbourne. 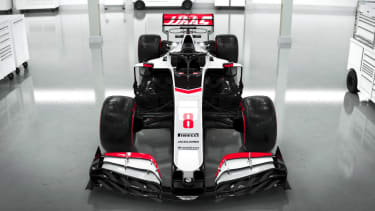 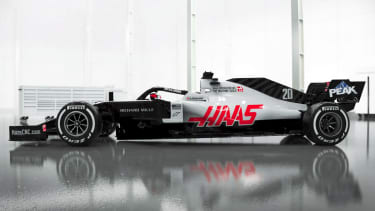 What Haas officials said about the VF-20 livery

“I’m pleased to see the car return to the more familiar Haas Automation colours, it’s certainly a livery that people identify with. Frankly, I’m hoping the VF-20 will return us to the kind of form we ran in 2018 when we finished fifth in the constructors’ championship. 2019 was a tough season to endure.

“We’ve been through a real education process, one that comes to all Formula 1 teams at some stage. I’m trusting we’ve learned from those lessons and have applied that knowledge into making the VF-20 a more competitive entry.

“It’s important to me that we’re back in the mix and consistently scoring points, we certainly have the capability and we’ve proved as an organisation we can do it.”

🆕 Our 2020 livery has landed!Like we all are, Guenther is counting down the days until we see it out on track in Barcelona for pre-season testing.#HaasF1 #VF20 pic.twitter.com/1y5GPbUi9r

“It’s always exciting to see the development of a new Formula 1 car and undoubtedly the VF-20 has to deliver where our previous car didn’t. With the regulations remaining stable into this season, it’s allowed us to improve our understanding of the car and to scrutinise ourselves more in order to find solutions and applications to channel into the design of the VF-20.

“Last year was definitely a set-back, one I would never have asked for, but you learn from such situations – we all have. Everybody at the team was forced to look at themselves and understand what they can do better. I’m looking forward to seeing the VF-20 make its track debut. As always in testing, you want many things, but lots of mileage, reliability and speed would be welcomed as we ready ourselves for the first race in Australia.” 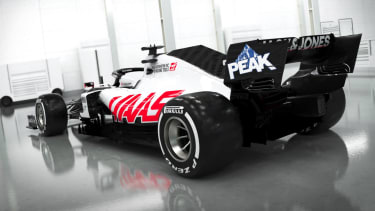 How F1 fans reacted to the VF-20 livery

Who thought it would be crying over a car today? Not me, but this sure is beautiful :’)