Formula 1 fans are always in good spirits at this time of year. The teams have launched their cars for the new season and the countdown is now on to the first grand prix.

A new season of racing is not the only thing that F1 fans are looking forward to in 2020.

It’s also been confirmed that the popular Formula 1: Drive to Survive documentary series will return to Netflix for a second season at 8.01am on Friday 28 February.

Last year’s popular debut season of Drive to Survive featured only eight of the ten teams. However, season two - which looks back at the 2019 F1 world championship - sees headline acts Mercedes and Ferrari join the all-star cast.

Here we pick out five reasons why F1 fans (and non-F1 fans) should binge-watch the ten-part second season of the brilliant Netflix series.

It’s not just about motor sport…

One common theme in the reviews and reactions to season one was the number of viewers who said they became fans of F1 because of the Netflix series.

The same can be said for season two - you don’t need to be a lover of motor sport to appreciate great story-telling.

With so many interesting characters and subplots the racing is almost just a backdrop. And any of the action that is shown comes via lots of never-seen-before footage and camera angles not used during the regular season broadcasts.

Welcome to the big boys

Another major positive from season one was the focus given to the other teams. This unique insight continues in the new episodes.

Mercedes and Ferrari did not appear in the first season, but this time F1’s top two teams agreed to be filmed by the Netflix cameras.

The inclusion of the big boys doesn’t mean there’s a lack of midfield or back-of-the-grid story-telling in season two. It’s the opposite. Teams like Haas, Renault, Red Bull and McLaren get their fair share of time in front of the cameras.

But having Mercedes and Ferrari involved is a definite plus-point - it just wouldn’t be the same without them and their star drivers.

One person who really makes the series worth watching is Haas team principal Guenther Steiner, a true F1 icon.

The American team had a torrid time in 2019 as they finished ninth in the constructors’ championship with just 28 points from 21 races - and the Netflix cameras were there to record it all.

Aside from the fall-out with sponsors Rich Energy and the troubles with the car, Steiner also had to deal with his drivers Kevin Magnussen and Romain Grosjean. Discussions were often heated, there were a fair few expletives and there is even a smashed door.

Episode two, titled “Boiling Point”, focuses on the troubles at Haas. It may have been bad for Steiner, Magnussen and Grosjean, but for the viewers, it’s great TV.

Viewers will get to know, and like, the off-track personalities of the drivers in F1, but let’s be honest, what we really like to see are the battles on the track - especially between team-mates.

They’re not at the same level as Senna-Prost, but Ferrari’s Sebastian Vettel and Charles Leclerc and Haas’s Magnussen and Grosjean did have some dramatic moments in 2019 that we were captured by the Netflix crew.

At Red Bull Max Verstappen began to establish himself as the future of F1, but for team-mate Pierre Gasly, 2019 was tough.

Frenchman Gasly moved up from Toro Rosso to take Daniel Ricciardo’s seat at Red Bull, but midway through the season he then found himself replaced by Alex Albon.

Despite his demotion there would be happier times for Gasly as he went on to finish on the podium at the Brazilian Grand Prix. A real rise-to-fall-to-rise tale. 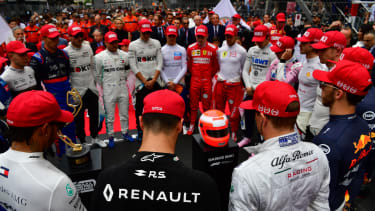 I often find it strange that people in the UK don’t give Lewis Hamilton the credit he deserves.

As a six-time F1 world champion the Mercedes driver should be talked about in the same breath as British sporting icons such as Andy Murray and Mo Farah.

Away from the track Hamilton has his business interests such as fashion, but when it comes to driving cars really fast and winning titles, there isn’t anyone better.

The talking-head interviews in Drive to Survive show a different side to Hamilton - the steel, grit and absolute dedication to his sport.

The death of Niki Lauda in May 2019 is also a poignant moment in the series - not just for Mercedes, Toto Wolff and Hamilton, but for F1 as a whole.

A legend was gone, but Hamilton paid the ultimate tribute by winning his sixth world title and leading Mercedes to a seventh successive constructors’ championship.

For Lewis, it was the perfect end to a very tough year.

Formula 1: Drive to Survive is made by the same producers of Senna, Amy and Diego Maradona, so it’s no surprise it has been such a great success.

Having watched season one without any sort of expectations, and being blown away, I was intrigued to see if the second season would live up to the hype again.

I was gripped from episode one. Bring on season three, that’s all I can say.

Viewers will have to wait until 8.01am on Friday 28 February to watch the second season of Formula 1: Drive to Survive. In the meantime here’s five more great sports documentaries to enjoy...

Where to watch: Amazon Prime Video This documentary tracks the British tennis star’s journey from 2017 to 2019 as he battles injury, surgery and rehabilitation before returning to the court.

Shame in the game: racism in football

Where to watch: BBC iPlayer  Racist incidents in UK football are on the rise and drastic action needs to be taken. This BBC documentary shows the impact that racist abuse can have on players and their families and asks: what can be done to stop this?

Killer Inside: The Mind of Aaron Hernandez

Where to watch: Netflix This three-part documentary examines how Aaron Hernandez went from being an NFL star for the New England Patriots to being a convicted killer.

Where to watch: Amazon Prime Video Go behind the scenes of the “yellow wall” with this four-part docu-series about German football giants Borussia Dortmund. Chronicling the 2018-19 season, the series goes in depth with some of the Bundesliga’s star names.

Where to watch: Netflix Cheerleading is not a sport? Say that to the cheer squad of Navarro College as they bid to win the coveted US national title. Described by Netflix as “gritty, inspiring and exciting”, TheWeek.co.uk’s three-word review of Cheer is “peppy, colourful and heartening”. Cult viewing. 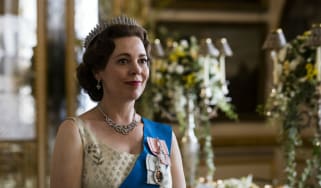 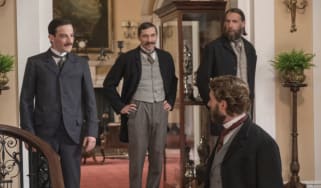