Starting on Wednesday and finishing on Friday, the three-day test will see the ten teams fine-tune their cars in preparation for the 2020 season-opening Australian Grand Prix in Melbourne in March.

All 20 drivers will be on track during the three days in Barcelona, but on Wednesday Alfa Romeo Racing reserve and test driver Robert Kubica will share duties with Kimi Raikkonen.

Here we take a look at the driver schedules and TV coverage for this week’s second test.

In the UK pre-season testing will be shown live on Sky Sports F1. The broadcaster reports that the daily testing sessions take place in the morning from 8am-12pm (GMT) and in the afternoon from 1pm-5pm (GMT).

F1: five things we learned from the first pre-season test in Barcelona 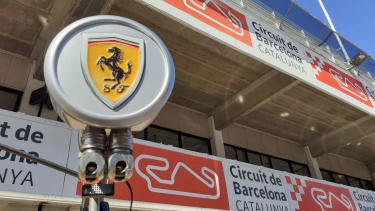 Drivers and cars: who will take the wheel this week?