Who will win the general election? Voting day poll results and odds

The final poll of the election shows the Conservative Party maintaining its lead over Labour and the other rival parties.

The Ipsos Mori/London Evening Standard voting intention data has the Tories out in front on 44% - which if accurate would see the Tories claiming their largest share of the vote since Margaret Thatcher’s first election victory in 1979.

Labour are in second place on 33%, with the Liberal Democrats third on 12%. The Green Party are predicted to take 3% of the vote, with the Brexit Party on 2%.

However, the poll also found that almost one in four voters could still change their mind. Or to put it another way, everything is still to play for in one of the most unpredictable elections in recent British history.

Who is going to win?

The Conservative lead the Labour Party in the final poll of the campaign, a result that tallies with the findings of YouGov’s last survey of the election. According to YouGov – which correctly called the result of the 2017 general election result – the party looks set to win a majority of 28.

However, analysis by Datapraxis suggests that, with such a large number of seats still in the balance, the result is by no means cut and dry. According to the polling company, we have “never seen as many undecided voters this late in the campaign” - meaning that while a Tory landslide is possible, so too is another hung parliament.

The Datapraxis analysis shows that as few as 150,000 voters across 80 to 90 marginal seats will decide the result.

And how would that translate into seats?

Under Britain’s first-past-the-post electoral system, national polling results tell only half the story. This is because a party could have strong support concentrated in one area, meaning that the number of votes it wins there does not translate into more seats in parliament.

A party whose support is concentrated in certain areas will pick up far more seats than a party with the same number of votes spread evenly around the country.

For example, the Liberal Democrats won almost 2.4 million votes in 2017, but won just 12 seats because their voters were spread across the UK. The Scottish National Party won just over 977,000 votes, but won 35 seats because its vote is focused in Scotland.

Some polling companies attempt to turn their national polling figures into seats:

YouGov has produced its final poll of the election, its MRP model using data up to 10 December. It also generates individual constituency polling, however it does not provide voting intention figures for Northern Ireland.

**Does not include data for 18 seats in Northern Ireland

How are the parties trying to win our vote?

Here are The Week’s guides to the main parties’ policies:

What happens if there’s another hung parliament?

In the event of a hung parliament, the incumbent has the first opportunity to put together a viable government. Next in line is the party with the largest number of seats.

The Conservatives are unlikely to agree a pact with the DUP again, because the DUP has said Johnson’s EU withdrawal deal is unacceptable, while the smaller opposition parties have hinted that they would be open to talking to Labour about forming an anti-Conservative government.

What will a Conservative majority mean for Brexit?

The polls suggest that the Tories are on course to win an overall majority, a development that will mean Johnson is in a strong position to rush his Brexit deal back into the House of Commons.

A re-elected Tory government would begin putting Johnson’s EU withdrawal agreement through parliament before Christmas in order to honour the 31 January Brexit deadline.

The PM would then seek to negotiate a new trade deal with the EU in 2020 and would rule out extending the Brexit transition period beyond the end of 2020. This means that if negotiations are not complete by December 2020, the threat of Britain leaving without a deal would once again rear its head.

Can Labour form the next government?

It could, but it would require the polls to be seriously wrong again – and some serious negotiations in the days following the election.

It looks almost impossible for Labour to win a majority, so any Labour-fronted government would have to be a coalition. Labour leader Jeremy Corbyn has all but ruled out a coalition with the Lib Dems, telling Metro that the party “happily signed up to austerity” when they entered government with the Tories in 2010.

While talks with the Lib Dems look like a non-starter, the SNP and Plaid Cymru have both hinted that they would be open to talking with Labour, though whether either of them would go into a formal coalition is not clear.

So what’s the most likely outcome?

At the moment, a Conservative majority appears to be the most likely outcome, with the Tories maintaining their lead on election day, according to the final polling results.

But as the Datapraxis analysis has shown, this final result will be decided by a number of marginal constituencies that are currently too close to call. Never before have there been so many undecided voters and the choices on offer to them have rarely been so stark.

Boris Johnson leads Jeremy Corbyn in terms of who voters believe would be the most capable prime minister, with 43% preferring the Conservative leader while 29% back his Labour rival.

In the event that the Tories do get their majority, expect the weeks before Christmas to be as frantic as the campaign, with Johnson rushing to re-table his withdrawal agreement in order to hit his 31 January departure deadline.

Jeremy Corbyn’s Labour had ‘toxic culture’ says review of election failures
When will Brexit be finished?

When will Brexit be finished?

No. 10 fears EU’s negotiator is no longer in control of talks
Top ministers axed in Boris Johnson’s cabinet reshuffle

Former leader will lead ‘cross-factional commission’ into December defeat
Black Rod, a crown and a hostage - the strange traditions of the Queen's Speech

Black Rod, a crown and a hostage - the strange traditions of the Queen's Speech

Rituals surrounding State Opening of Parliament are among strangest of the UK’s many unusual customs
What was said at Labour’s ‘election post-mortem’?
In Depth

What was said at Labour’s ‘election post-mortem’?

Jeremy Corbyn under fire during ‘brutal inquest’ into historic defeat
How long will the Tory rule last?

How long will the Tory rule last?

Former Conservative leader William Hague suggests Boris Johnson is set for ‘decades of dominance in the North’
Was BBC biased against Jeremy Corbyn during the election campaign? 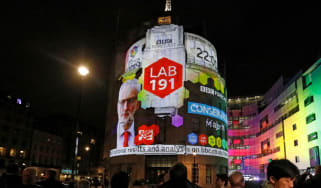 Was BBC biased against Jeremy Corbyn during the election campaign?

Post-mortem begins after Jo Swinson’s party loses vital seats - including her own
Who are Boris Johnson’s new Tory MPs? 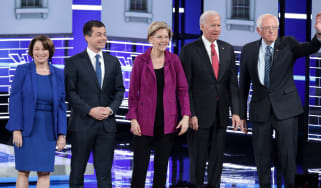 How Labour wipeout could affect US presidential race 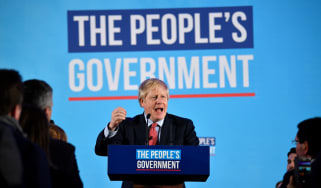 Prime minister to sack third of cabinet, scrap Whitehall departments and shake up civil service in bid to appeal to ex-Labour voters
General election 2019: what happens next for the major parties? 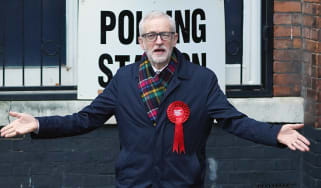 General election 2019: what happens next for the major parties?

Jeremy Corbyn and Jo Swinson to step down as leaders
Will Boris Johnson’s Tory majority ‘get Brexit done’?

The PM says ‘no one can now refute’ his ‘stonking mandate’ to take Britain out of EU
What caused Labour’s election night collapse? 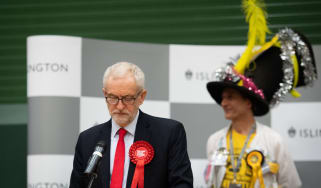 Follow the results live with The Week’s general election live blog
What will a Conservative majority do in government?

What will a Conservative majority do in government? 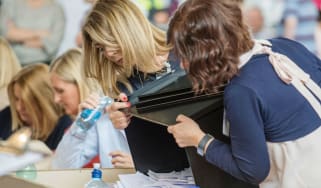 What to look out for as the results trickle in, including key seats and trends
General Election 2019: What is tactical voting?

General Election 2019: What is tactical voting?

The four most likely election outcomes