Instant Opinion: Put the ‘spring’ back in the Arab Spring

on the deflating revolutions of the Middle East

Put the spring back in the Arab Spring

“The situation has been so dire for so long, it is blurring the already fine line between realism and fatalism in the region. The oppression, the violence, the sectarianism, the inequality, the insecurity and war are so pervasive, so persistent, that any optimism is sure to give way to pessimism. Indeed, since the start of the Arab Spring nine years ago, the seasons have changed so dramatically they have left little if any of that precious optimism that defined and drove the popular uprisings in the early days. Many Arabs have come to believe that good news is always pregnant with bad news and successes carry with them the seeds of failure. In that way, even those revolutions that succeeded in dismantling dictatorships were left with the burdens of the past haunting their future.”

2. Robyn Urback in The Globe & Mail

Meghan and Harry’s very millennial struggle, give or take about $40-million

“Most importantly to them, however, distance from the British press might offer the couple a reprieve from such hard-hitting reports of how Meghan holds her baby incorrectly, and how her affinity for avocados is ruining the planet and contributing to human-rights abuses. Most of us get to experience these same humiliations privately, at the hands of intrusive mothers-in-law or eco-obsessed friends, but Meghan and Harry must endure them in an arena that extends far beyond the in-laws’ kitchen.”

3. Jonathan Portes in The Guardian

Roger Scruton’s brand of conservatism became a licence for bigotry

“Personally, I find it extraordinary that so many people (not just on the conservative side of the political spectrum) are prepared to minimise or overlook Scruton’s unconcealed and unapologetic bigotry. His views on race, religion and national identity won’t die with him – but I hope, and believe, they have no future here.”

on one of history’s forgotten heroes

5. Fraser Nelson in The Daily Telegraph

on the end of the line

Hopelessly out of date and ruinously expensive: Tory knives are out for HS2

“Much has changed since a starry-eyed George Osborne first stepped off a bullet train in Japan in 2006, vowing to bring more high-speed rail to Britain. His idea never made much economic sense. Its main purpose was political: Osborne disliked the idea of being seen as a hatchet man, forever cutting back public services. He wanted a massive construction project that would allow him to talk about building a brighter tomorrow. HS2 gave him a good story to tell. It was, without doubt, a staggeringly ambitious project and – best of all – the bills would start to land long after he’d left Downing Street.” 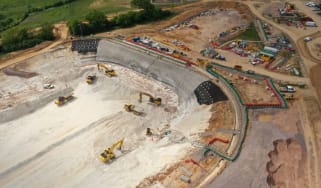