Instant Opinion: Land Army needs to be easier for ‘workshy’ Brits to sign up

1. Philip Johnston in The Telegraph

on fruit-picking and farm work

If we want a Land Army, it needs to be easy for ‘workshy’ Brits to sign up

“Many years ago you could just turn up at the farm, ask if there was a job, were shown the ropes and got cracking. Nowadays, fruit farms tend to be far bigger enterprises, training is required, health and safety rules must be followed and swinging the lead is not tolerated in the way it used to be. Let’s face it, students are not the most reliable employees so it is simpler for the growers to hire gang-masters to recruit many thousands of pickers overseas, complete all the paperwork and arrive with plane loads of people willing and able to work hard who are also happy to live together en masse. Earlier this month, around 5,000 were brought in from Romania by charter flight despite the millions here who need a job.”

2. Arwa Mahdawi in The Guardian

Trump is unravelling – even his supporters can’t ignore it now

“I don’t know what kind of disinfectant Donald Trump has been injecting, but the man does not appear to be well. The president’s lethal medical musing has turned him into (even more of) a global laughing stock and the widespread ridicule has clearly bruised his fragile ego. While Trump has never been a paradigm of calmness or competence, he has become increasingly irate and erratic in recent days. Now even his diehard supporters seem to be cooling towards him. Is the ‘very stable genius’ starting to unravel?”

Why Zoom is terrible

“Their faces arranged in a grid reminiscent of the game show ‘Hollywood Squares’, people are attending virtual happy hours and birthday parties, holding virtual business meetings, learning in virtual classrooms and having virtual psychotherapy. But there are reasons to be wary of the technology, beyond the widely reported security and privacy concerns. Psychologists, computer scientists and neuroscientists say the distortions and delays inherent in video communication can end up making you feel isolated, anxious and disconnected (or more than you were already). You might be better off just talking on the phone.”

Resistance to the new data colonialism must start now

“We are told this is a time of hard choices, a time when emergency tracking measures via our digital devices are necessary if any return to normal life post-COVID-19 is possible. We are told that one part of the planet (‘the East’) had these surveillance measures imposed on them by authoritarian states, while the other part (‘the West’) has the chance to ‘opt in’ to solutions which supposedly respect their privacy. Even if the East/West contrast were not already an oversimplification, it illuminates little, because the very same dynamic underlies both approaches: a new colonial push to convert all of human life into streams of data for economic value and political power.”

5. Ali Al-Ahmed in The Independent

on an uneasy alliance

“The notion that Newcastle United’s new owners would use their cash to transform the club into a football powerhouse along the lines of Manchester City is a pipe dream. With the price of oil tumbling to below $20 per barrel, Saudi Arabia is bleeding money, and the twin shocks of oversupply and crashing demand in energy markets mean that this hemorrhaging will continue for some time to come. The stewards of Saudi Arabia’s economy will soon come under strong domestic pressure to devote their shrinking resources to the welfare of their own citizens, rather than to high-priced transfer fees.” 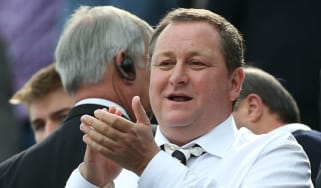