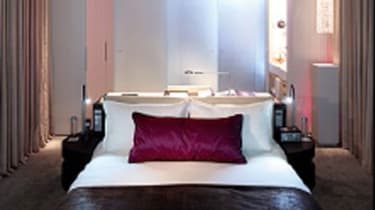 Hotel bosses have revealed the sauciest questions they have received from guests: visitors have asked for room service to be delivered by a naked worker, men have asked if they are likely to get aroused during a massage treatment and guests have also asked if it is safe to make love in the hotel’s hot tub or pool. Queries about whether the walls are soundproof are also common.

The Guinness World Record holder for the largest collection of pizza boxes said his Brooklyn home now contains more than 1,500. Scott Wiener’s apartment is filled with pizza boxes from locations as far away as the Faroe Islands and Antarctica. He also leads Pizza Tours around Brooklyn and Manhattan and has published a book called Viva la Pizza! The Art of the Pizza Box.

The Brazilian Tourist Board accidentally shared a critical Instagram post, highlighting crime in Rio de Janeiro. In the post, a tourist complained that during just three days in the city they were robbed and their nine-year-old sister witnessed a violent robbery. They added: “I felt afraid of even leaving the apartment.”. The agency later admitted that sharing the post “was a mistake”.