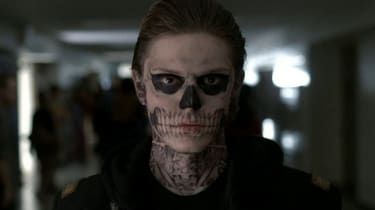 A horror production company in Japan has opened a drive-in haunted house to keep itself afloat during the coronavirus pandemic. Customers bring their own cars, or borrow one from the company, and are treated to a simulation of being trapped inside a vehicle being attacked by zombies and ghosts, complete with fake blood. “We cannot remove every drop of blood. It will be clean enough to drive on the road,” warns the website.

A mother couldn’t believe her bad luck when she discovered that her puppy had eaten her savings. Jocelyn Horne said she felt “absolutely gutted” when she realised that her miniature poodle, Peggy, had eaten the £100 she had put aside to save for a rainy day. “I still don't know whether to laugh or cry - I look at her and I think I bloody love you, but you've swallowed £100,” she said.

A piece of Lego has fallen out of a boy’s nose two years after it went missing. Seven-year-old Sameer Anwar from New Zealand lost the piece up his hooter while playing in 2018. His parents and a GP were unable to retrieve it but last weekend he sneezed and it finally emerged. “It was shock, y’know?” said his father. “And it had a bit of fungus on it.”