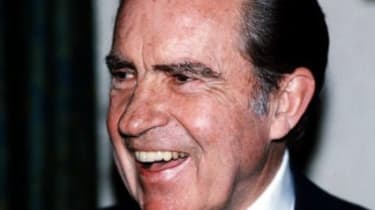 A man in Illinois has kept a sandwich that the then-vice President Richard Nixon half ate in September 1960. Steve Jenne, then a teen, grabbed the sandwich when Nixon visited his hometown. “I looked around and thought, ‘If no one else was going to take it, I am going to take it’”, he said. Jenne has since written a book about the sandwich and been interviewed about it on The Tonight Show.

Firefighters from three Suffolk towns spent three hours extinguishing the flames from a blaze that was started by a 22-ton pile of chicken manure. Crews from Leiston, Eye and Stowmarket responded to a property near Mendlesham, where the foul-smelling fowl droppings erupted in flames. Chemicals in poultry manure can spontaneously combust when a heap becomes too large to allow heat to escape.

Jellyfish and chips, anyone?

Jellyfish could replace old favourites the menu at fish and chip shops, according to academics from the University of Queensland in Australia. The researchers investigated fishing records across the world, and found that cod and other traditional options could be “critically endangered”. They added: “Jellyfish could replace fish and chips on a new sustainable takeaway menu to help keep threatened species off the plate.”