Student says Woolworths hoax ‘wasn’t meant to get this big’ 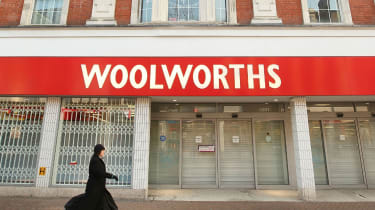 A sixth-form student has been revealed to be the mastermind behind the hoax story that Woolworths was reopening. On Tuesday, several prominent news outlets, including Mail Online and the Daily Mirror, reported that the chain was returning to high streets based on the word of a typo-strewn Twitter account with fewer than 1,000 followers. The 17-year-old from York told The Guardian: “The experiment wasn’t meant to get that big.”

Woman posed as prosecutor and dropped charges against herself

A New Hampshire woman posed as a prosecutor and then dropped charges against herself, a court has been told. Lisa Landon allegedly used the authority’s electronic system to drop the charges and submit fake documents in three separate criminal cases last year. She faces one charge of false personation and six counts of falsifying physical evidence.

A museum has won a Guinness World Record after 205,000 Lego bricks were assembled into a bridge 111 feet long. The Ironbridge Gorge Museums teamed up with the Institution of Civil Engineers to construct the huge bridge. A spokesperson for the museum said: “We wanted to attract and inspire children.”