Grow-your-own human steaks is ‘not cannibalism’ 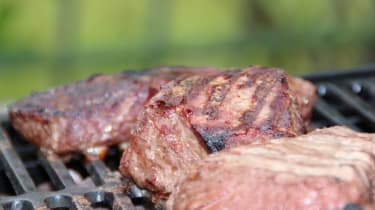 A “DIY meal kit” for growing steaks made from human cells has been nominated for “design of the year” by the Design Museum. The (currently hypothetical) kit would allow customers to use their own cells to grow miniature human meat steaks. “People think that eating oneself is cannibalism, which technically this is not,” insisted one of the designers.

Woman gives birth to twins while in Covid coma

A coronavirus patient whose twins were delivered while she was in an induced coma said it’s “amazing” they survived. Perpetual Uke, a rheumatology consultant at Birmingham City Hospital, fell ill in March. She was rushed to the city’s Queen Elizabeth Hospital and ended up on a ventilator, in an induced coma, and her babies were born by caesarean section.

Officials at a library in Ontario said a book recently dropped into its return bin is as much as 100 years overdue. The Fergus Library said they don’t have records of the copy of Martin Chuzzlewit by Charles Dickens but it bears a Fergus Library name plate inside the cover, indicating it might have been from the facility's original collection when it opened in the 1900s.