Tony Blair was last night named "philanthropist of the year" at GQ's Men of the Year awards – prompting a sharp intake of breath across the internet.

The former prime minister and UN Middle East envoy was honoured for his "tireless charitable work", including his efforts on behalf of charities he has established in Africa. But his reputation has been tarnished by the 2003 invasion in Iraq and the award comes just days after it emerged that Blair had given PR advice to the hard-line ruler of Kazakhstan, President Nursultan Nazarbaye – including suggestions on how to improve Nazarbaye's image after his police killed 14 unarmed protesters.

Tory MP Charlie Elphicke told the Daily Mail it was "jaw dropping that he should be given this award given his involvement in spinning the alleged brutal massacre in Kazakhstan". Last night's award is not the first to be mired in controversy...

President Nixon's secretary of state was handed the Nobel Peace Prize in 1973 as a joint winner alongside North Vietnamese leader Le Duc Tho. Both men had help broker a ceasefire in the Vietnam war, but Le Duc Tho turned the honour down saying peace had not yet been restored in South Vietnam. Kissinger accepted the award "with humility" but his critics point out that the US was still carpet-bombing Cambodia the year he picked up the prize. At the time, American satirist Tom Lehrer quipped that the award represented the "death of satire". Kissinger has since been accused of war crimes, thanks, in part, to America's provision of arms and support to the South American dictators who carried out Operation Condor, an anti-communist campaign of repression and terror that claimed the lives of thousands of people.

The Academy Awards' board of governors faced criticism when it handed Jerry Lewis the Jean Hersholt Humanitarian Award in 2009. The award is meant to honour an individual in the film business whose humanitarian efforts have brought credit to the industry. However, in the months before the Oscars, Lewis had made repeated anti-gay slurs in public. According to Nikki Finke at Deadline, several prominent Hollywood figures questioned the Academy's decision, but the award went ahead. One showbiz insider told Finke that, coming just after California outlawed same-sex unions, the selection of Lewis seemed like "salt poured into an open wound".

Tony Blair's award comes just days after a row in Italy over a jailed Sicilian mobster who was awarded a top literary prize founded by Leonardo Sciascia, a well-known antimafia writer. The winning memoir was written by Giuseppe Grassonelli, who was given a life sentence in 1992 for at least a dozen murders and admits that he cannot remember how many people he has killed. To make matters worse, his book, Malerba, beat another book that documented how an anti-Mafia judge was killed by a car bomb in 1983. According to the LA Times, Grassonelli organised a mob of young killers, known as The Stidda, whose attacks sparked a mob war that left 400 dead by 1992.

Just days after he took office, Obama was nominated for the Nobel Peace Prize for his "extraordinary efforts to strengthen international diplomacy and cooperation between peoples". Eyebrows were raised when he won and even Obama himself admitted he did not deserve the prize. Ruth Marcus in the Washington Post described it as "ridiculous – embarrassing, even" for the president to receive the award so early on in office. Pointing out that Jimmy Carter won the prize in 2002 for "decades" of peace efforts, she added: "This is supposed to be for doing, not being – and it's no disrespect to the president to suggest he hasn't done much yet. Certainly not enough to justify the peace prize." 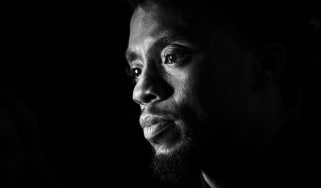 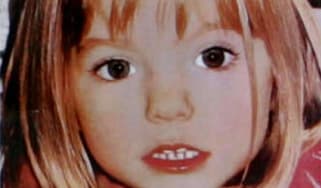