Podcasts of the Week: sexed-up dossiers and yuppie con men

An alternative title for The Fault Line could be ‘how Tony Blair and George W. Bush fell in love’

As the world of podcasting becomes “ever more saturated” and ever more commercial, I “can’t help but feel that things are becoming a little formulaic”, said Max Sanderson in The Guardian. Which is why Where is George Gibney?, the latest podcast from the production company Second Captains (via BBC Sounds) is such a “welcome breath of fresh air”. Gibney was a coach with Ireland’s Olympic swimming team, who was charged with 27 counts of sexual assault of young swimmers – but vanished to America without being brought to trial. The podcast, from reporter Mark Horgan and producer Ciarán Cassidy, tries to track him down, “effortlessly” flitting between past and present. And, unlike much in the true crime genre, it is not “gore-centric”: the focus is on the survivors and their stories. “It’s hard not to be hooked.”

Last year, many of us were riveted by The Sun King, David Dimbleby’s podcast on the rise of Rupert Murdoch, said Miranda Sawyer in The Observer. Now the veteran broadcaster is back with another excellent series, about UK-US relations and the run-up to the 2003 Iraq war. The podcast is called The Fault Line: Bush, Blair and Iraq. An alternative title might be “How Tony Blair and George W. Bush fell in love”. Dimbleby has an “exemplary presenting style: honest without being trashy, measured without being boring”. And he has bagged big-name interviewees, including Blair and Alastair Campbell. It is well-trodden ground, of course – so much that I suspected I might get bored. Not a bit of it. This “clear and classy” show takes you back to that uneasy period between 9/11 and the invasion of Iraq. But it also “gives context, unpicks relationships” and “underpins everything with insider info”.

Leon Neyfakh, the journalist behind the acclaimed Fiasco podcast, has a knack for revisiting American scandals, from Watergate to Bill Clinton’s impeachment, which feel “uncannily relevant” today, said Francesca Angelini in The Sunday Times. Fiasco Season Three: The Battle for Boston is a seven-part account of the US city’s efforts to desegregate its schools in the 1970s – a story of endemic racism and violent confrontations that “speaks to the present all too directly”. A more straightforwardly entertaining listen – albeit one that involves “cold-blooded murder” – is Billionaire Boys Club. This rollicking documentary is a “brash and bold true-crime caper” about Joe Hunt, the leader of a “gilded” group of Ponzi scheme “yuppie” con men, who winds up at the centre of a murder investigation. Set in 1980s Hollywood, it features “masked men holding guns to precious dogs’ heads” and “makes The Wolf of Wall Street look tame”.

Should courts break up Google’s monopoly? Why do some countries sell citizenship? And would you visit Covid ground zero on holiday? Olly Mann and The Week delve behind the headlines and debate what really matters from the past seven days. 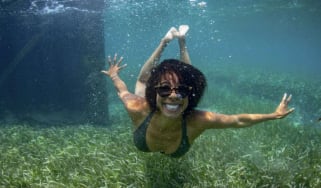