Spaniard goes public with criticism of his former squad

Former Arsenal head coach Unai Emery has gone public with his criticism of the Gunners following his sacking last November.

The Spaniard got the boot after 18 months in charge of Arsenal, and in the three months since the north London club have continued to struggle under new boss Mikel Arteta, winning just one league game in seven, a slump that has seen them slip into the bottom half of the table.

Now, in an interview with France Football magazine, Emery has accused some of the Arsenal players of lacking a “good attitude” while defending his record during his brief spell in charge following the departure of Arsene Wenger.

“Arsenal was a club on a downward slope for two years before I arrived,” said the Spaniard, who arrived at the Emirates after coaching Paris Saint-Germain.

“We stopped this fall and even began to rebuild the club with the Europa League final and fifth place in the league, only one point off Tottenham despite the fact that we took just one point in our final five matches.”

Emery cited the departure of four players last summer as key to what unfolded in the first three months of this season at the Emirates.

“They were personalities that we missed this season to stay on the right track, and some stars did not have a good attitude and asked for more than what they were giving back.

“Taking all of that into account, we needed time to succeed with our transition to a new Arsenal, which is what I wanted.”

Although Emery didn’t name names, he probably had the likes of Mesut Ozil and Alexandre Lacazette in mind, neither of whom flourished under the Spaniard.

Ozil was sidelined for the first half of this season, and said recently that since the arrival of Arteta the squad are “much happier and everyone wants to give everything for this club”.

Happier they may be, but Arsenal are still a club heading in the wrong direction and Ozil, who briefly picked up his form when Arteta arrived, has since slipped back into his inconsistent ways.

In response to Emery’s comments, Sky Sports pundit and former Arsenal star Paul Merson said: “I believe what Unai Emery was saying about the team, because they shouldn’t be where they are with the quality of players they have, and the results they’ve had, they weren’t doing the right things, no doubt about that.”

Spurs star Dele Alli is ‘in the dock’ over coronavirus joke 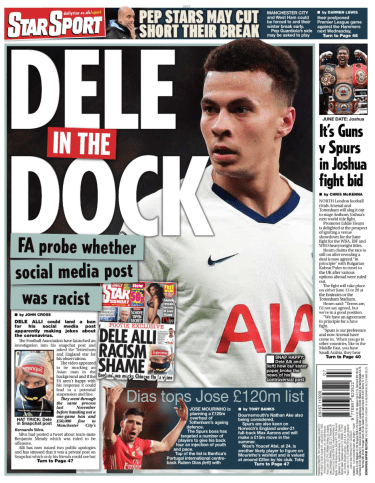