Tottenham Hotspur striker Harry Kane has regularly been linked with a move to Real Madrid and according to reports the Spaniards remain very interested in the England captain.

Spurs boss Jose Mourinho does not want to sell his star man and even though a deal will be hard to complete, Real president Florentino Perez has his sights set on the 26-year-old.

Kane last month warned that leaving Spurs was a possibility. He said: “I love Spurs and I always will but if I feel we’re not progressing as a team or not going in the right direction, I’m not someone who would stay just for fun. I’m an ambitious player, I want to become a top player.”

Three Lions skipper Kane, who is valued at more than £100m, has also been linked with Manchester United and Juventus.

Daily Mirror says Juve are “weighing up a move” but the Tottenham striker’s price tag may prove too daunting.

Lingard to fight for United place

The Daily Mail reports that Manchester United midfielder Jesse Lingard will fight for his place despite speculation of a summer transfer to Arsenal.

Lingard has a contract with United that expires in the summer of 2021. Metro says the 27-year-old has “no intention” of joining Arsenal and is focused on resurrecting his career at Old Trafford.

If Manchester United fail to qualify for next season’s Champions League then they risk losing out on England star Jadon Sancho.

The Sun says that the Borussia Dortmund winger is ready to reject Man Utd if they don’t reach European football’s top competition.

Liverpool and Chelsea are also linked with the 20-year-old.

Morelos is in demand

The Colombian has scored 29 goals in all competitions this season but talkSPORT says the Glasgow club are “resigned” to losing the 23-year-old.

As well as the EPL clubs, Spain’s Atletico Madrid, Valencia and Sevilla and Italy’s Inter Milan are also in the hunt to sign Morelos.

Brazil international Willian has revealed he is “unlikely” to extend his Chelsea contract, which expires at the end of June.

The 31-year-old told Fox Sports show Expediente Futebol: “I’ve built something fantastic at Chelsea. I’m especially fond of the fans and the people that work there, and I’ve felt very settled.

“Everyone knows my contract is up in a few months and it looks like it’ll be difficult to secure an extension. I think it’s unlikely that I’ll renew because Chelsea offered me a two-year deal, I asked for three and it ended there.

“There were no more talks or negotiations. Chelsea said that three years would be impossible, so at the moment it seems unlikely that I’ll extend, but nothing is impossible.” 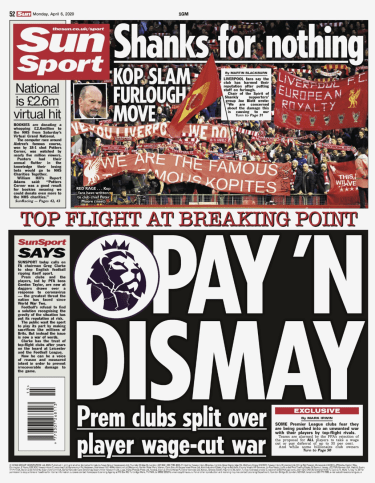