Initiative will see players work in partnership with NHS Charities Together

by The Week team
Jordan Henderson is captain of Liverpool&nbsp;&nbsp;

Premier League captains have launched an initiative to raise what they hope will be in excess of £4m to help the NHS in its fight against the coronavirus pandemic.

The #PlayersTogether fund, launched in partnership with NHS Charities Together, is based on player contributions and will go towards helping those intimately involved in the crisis.

“This is a critical time for our country and for our NHS, and we are determined to help in any way we can,” the players declared.

“We can confirm that after extensive conversations between a huge number of players from all Premier League clubs, we have created our own collective player initiative, #PlayersTogether, and have partnered with NHS Charities Together [NHSCT] in order to assist them in generating and distributing funds quickly and efficiently to where they are needed most.”

According to The Guardian “there has long been the will among the league’s players to support the National Health Service financially” and the delay in announcing an initiative - which led to criticism in some quarters - was because of the discussions involved in producing an equitable scheme.

The players have partnered with NHS Charities Together and the fund will be administered by Liverpool’s Henderson, Manchester United’s Maguire, Watford’s Troy Deeney and West Ham’s Mark Noble.

“The contributions that this initiative will generate will help NHSCT quickly grant funds to the front line to support in a number of ways, including to help enhance the wellbeing of NHS staff, volunteers and patients impacted by Covid-19,” said the players in the press release.

The captains, who sounded out their respective squads about the best way to respond to the coronavirus crisis, have been methodical in drafting the initiative and tackling any sensitive issues that arose.

Foremost among these, explains the Guardian was “how to pitch the level of the contributions from each squad with everybody mindful that some earn rather more than others”.

The result is that each squad’s donation will be channelled anonymously into the central fund, which will then be distributed locally and nationally.

Distribution percentages from the fund was also a concern to the players with clubs wanting to do their bit for their local hospitals, while overseas players were also keen for some of their donation to be sent to help the coronavirus fight in their own countries.

The Guardian says that each club captain has attempted to ensure that each player will donate “a base percentage of their monthly pay packet”, although if any player wants to donate more that would be welcome.

The paper adds that while all squads will “gladly contribute” to the #PlayersTogether fund, “some will not accept pay reductions”.

Reactions to the #PlayersTogether fund

“Warmly welcome this big-hearted decision from so many Premier League footballers to create #PlayersTogether to support NHS Charities. You are playing your part.”

“Absolutely brilliant. Well played to each and every one of them. Young men setting the right example.”

“The players have spoken. Well done to you all.” 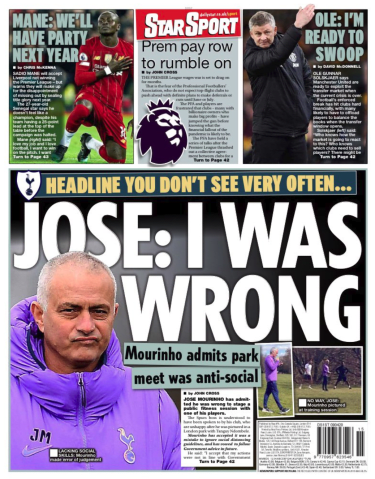